#Review - The Evolution of Ivy: Poison by @lcampbellbooks 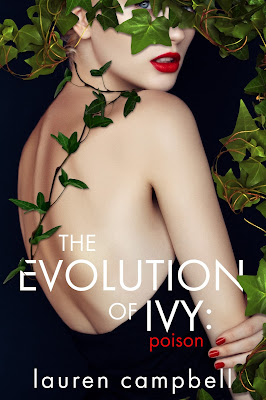 Blurb:
They won't recognize the new me.

But they know the old me well—the me she harmed, and the me he loved.

She thinks she has him. But I'm going to take him back.

He thinks she's the one. But I'm going to show him he's wrong.

I thought it was over. But now I have a chance.

This book really makes you think, I loved how detailed and descriptive the author was. For this being her first book, she's pretty damn good. In this book we really get into the mind set of Ivy and see how she feels. We get to see first hand on what she went through as a teen especially after losing her best friend and first love. After tragedies in her life she is reunited to the one she has sought after for so long. Only there's something standing in her way and feelings will be hurt, people will not see her coming.

I really enjoyed reading The Evolution of Ivy: Poison, if I was to choose my favorite character it would be Deacon, he was the underdog and my heart went out to him. He just wanted love. I can't wait to see what comes next in the sequel. I have so many questions I need answers to. I need to know where this takes Brooks and Emily. What happens to Deacon or even Jared? I just need more, I don't think I got my full fix of these characters and Im so excited to see what Lauren Campbell has in store for us.

Lauren Campbell lives in Atlanta, GA, with her family, and is author of The Evolution of Ivy: Poison.

She was raised in Columbia, SC, with her three sisters who annoy her greatly.

An avid reader since early childhood, Lauren discovered her love for writing several years into owning a successful newborn photography business. After reaching out to author Colleen Hoover in 2013 for advice, Lauren painstakingly pieced together a heap of garbage loosely based on her personal life that she decided to trash. After one year of being on hiatus, Lauren subsequently came up with the idea for Poison after being inspired by a photo on the internet. She wrote Poison in three weeks. It is not a heap of garbage, has no personal ties, and is filled with characters Lauren cares more for than some of the real people in her life. But don't tell anyone that.

Lauren's social life is pretty boring, but she loves reading, coffee & hot tea, and living in her pajamas. She's a glutton for punishment, and regrettably signs up for things like Room Mom in her children's classes, leaving her up all night doing things like baking dozens of cookies between swear words. Her favorite food is avocado. If she could, she'd find a way to put it on everything. 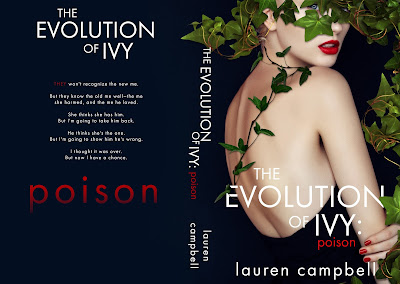 Bringing the mug to my lips, the last drop of lukewarm coffee slides down my throat as the waitress zips by. I sigh, my hand halting in midair before coming to rest on the table again. I can't do much of anything without coffee. Can hardly remember my old name without the heavenly liquid, much less my new one. If I'm going to craft any sort of decent plan to get Brooks back, I'll need a refill.

Despite her Facebook telling me she frequents this place, Eliza is still MIA. Perhaps she isn't eating. Maybe she'll starve to death. But Lord knows I've eaten plenty for the both of us. I'm unwilling to get fat waiting on her, but the smells of freshly cracked eggs and crisping bacon prevent me from simply having a coffee. The breakfast aromas must drift far from the building, because all the self-important losers of Brookhaven keep packing the place like sardines. I'll give it until the end of the week before coming up with another plan. Which would suck, because—

There she is. A crown of blonde shifting nervously from foot to foot at the front door. Two douchebags engage her, because she's pretty—okay, beautiful … whatever. Raised brows and sly smiles adorn their faces. She rolls her eyes. Raises a hand to flaunt the rock that should be on my finger instead. Stubborn, they keep trying. She steps to the counter, shakes her head at the staff, then shrugs in exasperation. A whoosh of hair as she spins around, heading for the door.

Every day until the wedding is precious. I can't let her go. Without thinking it through, I bolt from the table. My feet are quick as I beeline for her, and then fingertips finally connect with her shoulder. “Hey!”

She spins, blue eyes staring at my own. Unable to speak, I stare back. I'm afraid, terrified she will recognize me, even though she couldn't. It's impossible. I don't even resemble Ivy."