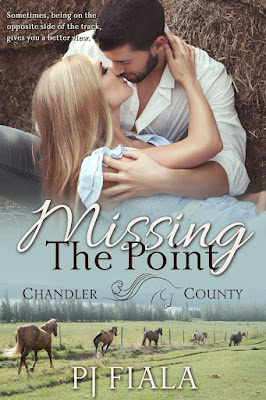 Blurb:
Sometimes, being on the opposite side of the track, gives you a better view.

Sam McKenzie has everything he needs in his professional life.  Bluegrass Security is going strong, he just purchased a home for the first time in his life, he even got himself a dog.  Personally, however, life was a bit unsettled. His growing crush on Stevie Jorgenson was unrequited – he just didn’t know why. She seemed to enjoy spending time with him, he’d caught her staring more than once, but yet, she seemed wary to take it to the next level.

Stevie Jorgenson had worked her entire life trying to step from the shadow of her wealthy family, including the family horse business. Excelling at the police academy and then making detective in Chandler County had been hard work. Now, her growing attraction to Sam McKenzie was beginning to shade her with its shadow. The trouble was his biggest client was her father’s rival in business and that could make things messy. The other issue was his client was also a dirty dealer and she had to uphold the law.  How can they make it on opposite sides of the track? 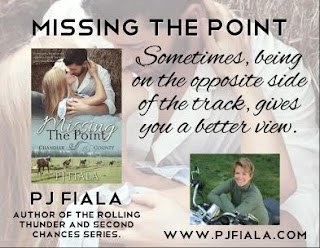 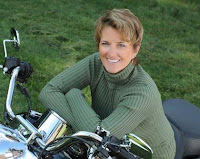 I am a wife of thirty years, a mother of four grown children and the grandmother of four lovely grandchildren. When not writing a new story, I can be found riding my motorcycle and exploring this fabulous country of ours. My writing revolves around people anyone would love to spend time with. No self-absorbed billionaires for me.

Earning my Bachelor's Degree later in life fulfilled a dream for me. Then, I found the courage to write and I haven't looked back. Currently I have several published works and have collaborated on several box sets, Kindle Worlds and a project in which a fellow author and myself have created a world and are inviting authors to write in this world with us.  I have served as the VP of Communications for WisRWA and devote a large amount of my time helping other authors slog their way through this thing called publishing. I love to hear from fans, so look me up and touch base.

I come from a family of veterans.  My grandfather, father, brother, two of my sons, and one daughter-in-law are all veterans.  Needless to say, I am proud to be an American and proud of the service my amazing family has given. 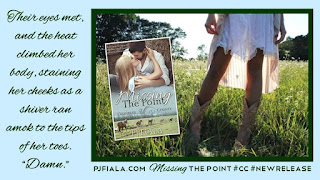