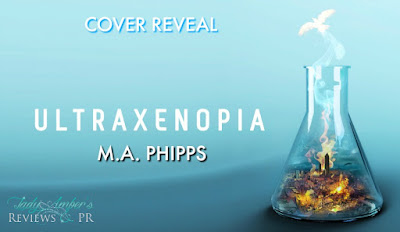 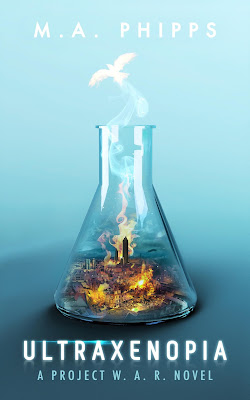 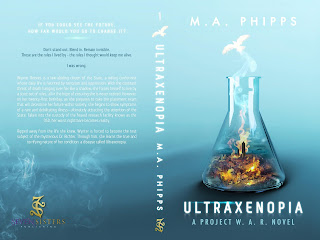 “Her blood type,” she whispers in a hushed voice to the man. “It’s . . . changing.”
I may not know much about science, or anything medical having to do with the human body, but I know enough to be certain that what she’s saying isn’t possible. Not without unnatural intervention at least.
I gape at the man, but he doesn’t say anything. He doesn’t even seem to react to this news. His eyes follow the code for a while, and his fingers rub his chin as if deep in thought.
When the process is complete, the sphere stops spinning and sinks back to the desktop, landing with a soft thud against the glass surface. Within seconds of touching down, the metal exterior shifts until it’s once again nothing more than a silver bowl filled with blood.
The man straightens up, and everyone in the room watches him in silence, waiting for him to speak.
Including me.
“Fascinating,” he murmurs.
Without warning, he looks over at me, and my heart rate increases when his lips curl into a smile. For some reason, his expression is unnerving.
Moving toward me, his footsteps echo off the floor—the sound growing louder as the distance between us shrinks. His gaze never leaves mine.
Stopping just in front of me, he flashes a kind smile. “Hello, Wynter. My name is Dr. Richter. I’ll be taking care of you.”
Taking care of me?
“Why am I here?” I breathe. My voice is shaky, and the dryness in my throat is apparent in each raspy word. “What are you going to do to me?”
“Shh, hush now,” he whispers. “All of your questions will be answered in time.”
He smiles once again, only breaking eye contact with me to glance down at his hand. I follow his gaze, the fear re-emerging when I see him pull a syringe from the depths of his coat pocket. His eyes flash back to mine, and I know he can sense my fear as well as the piercing screams lodged in my throat.
“But for now,” he croons as he injects the syringe into one of the tubes in my right arm, “you must sleep.”
He takes a step away from me, that disconcerting expression still plastered across his face. I try to say something, but I’m unable to get out a single word before I feel the effects of the liquid as it enters my system. It rushes through me like a cold chill.
I want to fight against it, but it’s hopeless.
As the drowsiness returns to pull me under yet again, the doctor’s smile is all I can see.