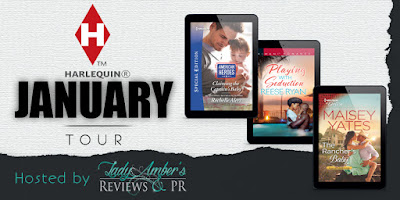 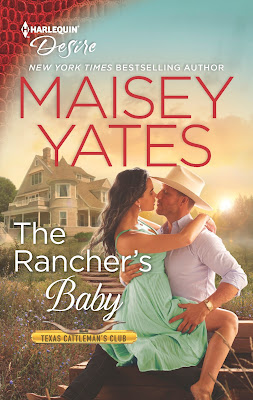 Blurb:
When a torrid, possibly dangerous scandal comes to Royal, Texas, Selena Jacobs is nearly caught in the middle. Until her best friend Knox McCoy ensures her safety—by moving in! Selena has loved Knox for years, but she’s never had the courage to tell him. Now the sparks she’s tried to smother burn out of control…and leave her pregnant. But with the pain in his past, will Knox finally take a chance on love…with her? 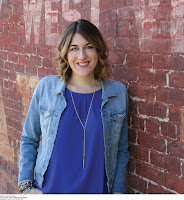 New York Times and USA Today Bestselling author Maisey Yates lives in rural Oregon with her three children and her husband, whose chiseled jaw and arresting features continue to make her swoon. She feels the epic trek she takes several times a day from her office to her coffee maker is a true example of her pioneer spirit.

In 2009, at the age of twenty-three Maisey sold her first book. Since then it's been a whirlwind of sexy alpha males and happily ever afters, and she wouldn't have it any other way. Maisey divides her writing time between dark, passionate category romances set just about everywhere on earth and light sexy contemporary romances set practically in her back yard. She believes that she clearly has the best job in the world. 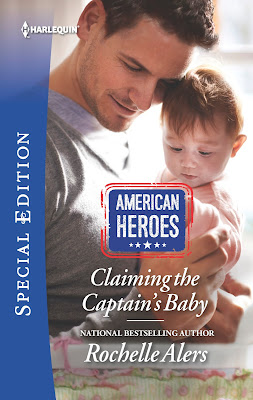 Blurb:
Former marine captain Giles Wainwright had seen his share of battles. When the military man turned multimillionaire learned he had a baby girl, he vowed to go to war to keep her. But Mya Lawson had her late sister’s last will and testament on her side and was prepared to fight for custody. Mya was only following her sister’s last wishes to have Lily raised in their childhood hometown. She’d grant Giles the visitation he was due. Yet as he dropped his arrogant stance and made Lily his priority, Mya’s guarded emotions were swayed. Giles’s offer of marriage to make them a true family was tremendously tempting. But was his proposal genuine or a bid to claim Lily forever?

Rochelle Alers has been hailed by readers and booksellers alike as one of today's most prolific African American authors of romance and women's fiction.

With more than sixty titles and nearly two million copies of her novels in print, Ms. Alers is a regular on the Waldenbooks, Borders and Essence bestseller lists, regularly chosen by Black Expression Book Club, and has been the recipient of numerous awards, including the Emma Award, Vivian Stephens Award for Excellence in Romance Writing, the Romantic Times Career Achievement Award and the Zora Neale Hurston Literary Award.

She is a member of Zeta Phi Beta Sorority, Inc., Iota Theta Zeta chapter and her interests include gourmet cooking and traveling.

A full-time writer, Ms. Alers lives in a charming hamlet on Long Island. 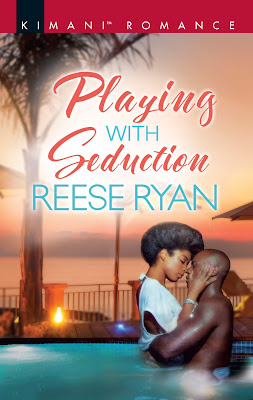 Blurb:
As the reigning queen of competitive beach volleyball, Brianna Evans wants her career to go out with a bang. And what better send-off than a signature tournament sponsored by an exclusive high-end luxury resort? But Bree’s heart could end up on the line. Her partner on the project is the irresistible man with whom she shared one perfect night in London…and never heard from again.

After great UK success, premier event promoter Wesley Adams is glad to be back on his North Carolina home turf. Until he discovers the collaborator on his next joint venture is the flawless beauty he spent an unforgettable evening with more than a year ago. Wes wants to finish what they started, but he can’t risk derailing the project or hurting Bree. And when they finally give in to their growing passion, will a terrible secret from his past and an escalating threat from Bree’s cost them their second chance? 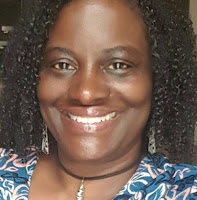 Reese Ryan is a multi-published author of romantic fiction featuring complex, deliciously-flawed characters. She challenges her heroines with family and career drama, reformed bad boys, and life-changing secrets while treating readers to an emotional love story and unexpected twists.

Past president of her local Romance Writers of America chapter and a panelist at the 2017 Los Angeles Times Festival of Books, Reese is an advocate for the romance genre and diversity in fiction. 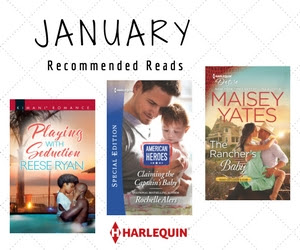