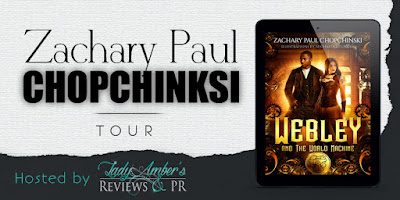 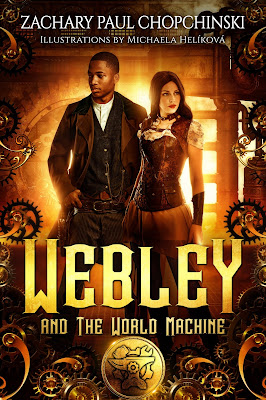 Blurb: A world beneath our world.
An army of mechanical monsters.
A war to end all wars.

When Adalwolf Stein and Arija Rapp discover a mechanical world hidden deep within the earth, the result is life changing. Webley and the creators of The World Machine work to keep the Earth turning. But when Arija and Adalwolf discover a growing conflict that will destroy the Earth, they find themselves forced to fight.

Will they be able to stop the war in time or will they regret ever having set foot in The World Machine? 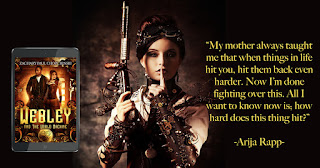 Zach has multiple college degrees, in the fields of criminal justice and criminology…because he wanted to catch ALL the bad guys. Now, coupled with being an author of young adult fiction he spends his days yelling at people for breaking regulatory laws.

Zach is the author of the Gabrielle series, a young adult fantasy with a paranormal-historical-time traveling twist (try saying that five times fast) 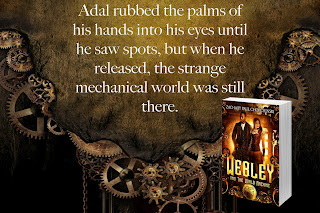 “We aren’t going anywhere with your creepy smiling ass. Thanks for the offer, but we have better things to do. Like fight these crazy mantis things. So, if you don't mind, step off, or I’ll throw you another beating,” Adal offered as he took a half step ahead of Arija who yanked at his sleeve.

“What the hell are you doing? If I couldn’t take him, you sure as hell can’t! Not in your condition anyway.” Arija slid her hand down Adal’s side to where his empty holster sat on his hip. “Where’s your gun?” she mumbled out of the side of her mouth.

“I don't know. It went flying when I did. I’m going to make my move. You make yours!” Adal mumbled back, keeping his eyes trained on his opponent. With his little finger, Adal motioned to the two knives on the platform.

“So, what’s the plan, shiny? We gonna do this, or are you going to just stand there and look at me? I mean, I know I’m pretty, but damn,” Adal said, the humor gone from his voice. The Dweller’s grin faded and his mouth thinned. He closed his robotic hands into fists and lowered his head to his shoulders.

“If you think it’s in your best interest, Topsider, please feel free to try your odds. I will greatly enjoy peeling back your skin and seeing what your wet insides look like. When I’m done with you, your mate is next!” he said, flicking his gaze toward Arija.

Arija flinched at the word “mate.” She wasn’t even Adal’s girlfriend, for reasons she didn’t exactly understand, and the word brought a sudden embarrassment to her cheeks.

Adal’s upper lip twitched as he watched him eye Arija like she was a prize at the fair. His face burned, and his palms got sweaty at the thought of this man with Arija, torturing her or . . . whatever else he had in mind. Adal was ready to put his fist down this asshole’s throat.