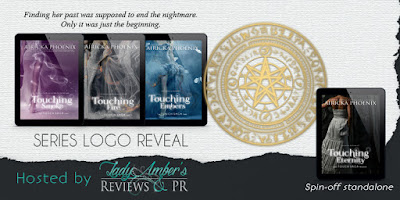 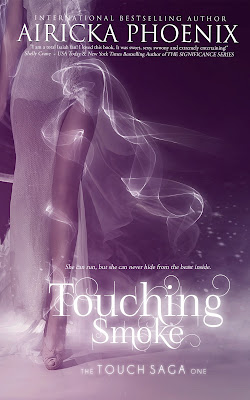 Running is something my mother taught me to do very well. I never knew why until the night I cause an earthquake and meet Isaiah. My shadow. My protector. My other half. I need him. I need his blood. He is the only one who can keep me hidden from the man who created me. The man who created the monster.

The world is depending on me not to fall in love. But what happens when the temptation becomes too great and falling is my only option? Can I live knowing I will destroy the world because his touch is the only thing keeping me alive?
And how can I trust someone as lost as I am? 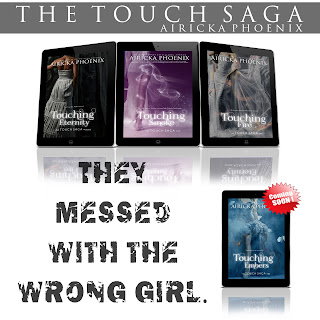 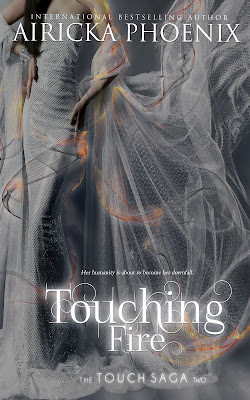 Blurb:
Finding her past was supposed to end the nightmare. Only it was just the beginning.

Entrusting the fate of the world, not to mention her and Isaiah’s life to a father she’s never met is a big leap of faith on Fallon’s part. But it’s a necessary risk. Ashton is the key to protecting Isaiah and keeping her out of Garrison’s clutches. He is also the only one who can tell her what she is, except what she learns is that she is from a world that is far more dangerous than anyone could possibly imagine.

As her powers grow out of control, Fallon must pick between her mortality and a legacy that does not include Isaiah. She must summon the courage to face a destiny that will test the boundaries of everything she has ever known. But most of all, she must protect Isaiah from the monster within herself and trust the man whose toxic blood runs through her veins.

Danger builds as power clashes between two evils, both seeking her to tip the scales to eternal darkness and suffering.

Can humanity rise to face an ancient calling to which Fallon is powerless to stop? Can she protect those she cares about, or will their blood forever stain her hands? 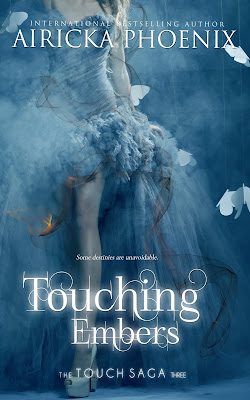 I thought I could escape him. I thought I was safe.
I should have known better.

For the first time in my life, I am alone to face my fate. The world I had once known is gone and I am responsible. I am the bringer of death. Everything I touch becomes ashes and I can’t stop. He won’t let me. 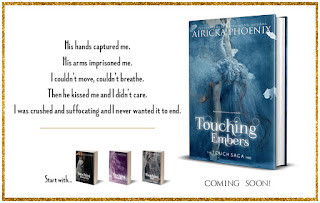 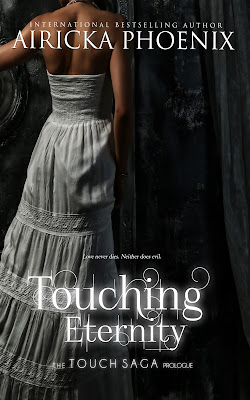 Blurb:
Before Fallon was created to destroy. Before love became the ultimate weapon of destruction. There was Amalie and the horror that started a revolution that tore the fabric of humanity, of everything standing in the balance between power, hope and survival.

Amalie has one wish, one gnawing desire — she wants to die.
She wants to leave this world behind with its pain and darkness. She wants to finally breathe. But Amalie is a prisoner, a disease, not fit for life. She is unwanted, unnatural. She is defective, something useless and broken. Her own mother hadn’t wanted her. Her father hated her. The world shunned her and the only person she had ever loved, truly and with all her heart and soul, couldn’t stand the sight of her, couldn’t stand the thought of ever being with her. She repulsed him. Her insanity disgusted him. He’d forgotten her. He’d left her behind, deserted and abandoned her to a madman hell bent on crushing her, stealing her soul and shattering her will.

But what if she’s finally given hope? A reason to live? Can Amalie finally accept the hand offering so much for so little in return? Can she love again when she has nothing left to give?

Can she finally be free? 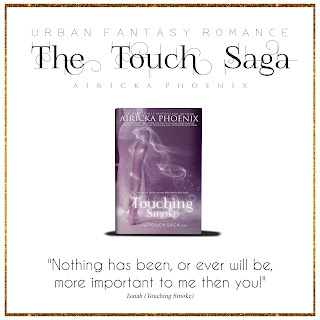 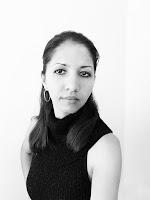 Airicka Phoenix is a multi-genre author of novels starring strong female leads and sexy alpha heroes. She started her journey after never finding the type of books she wanted to read. Her love of tortured souls and forbidden romance carried her into writing her own hard-earned happiness. Currently, she lives on the outskirts of Toronto with her babies and can be found hard at work on her next project.
For more about Airicka, visit her at AirickaPhoenix.com 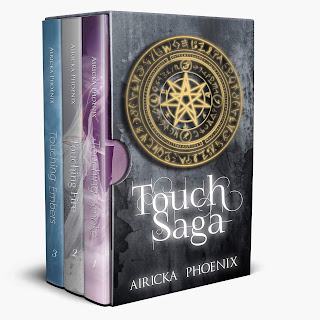