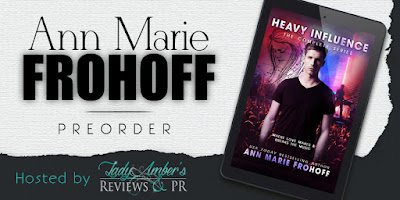 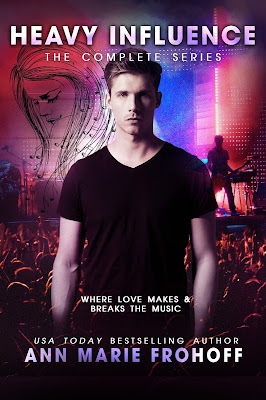 Blurb:
The complete, highly-rated, six book Heavy Influence Series. Where love makes and breaks the music. Heavy Influence takes you on a heart thumping journey through the trials and tribulations of a rising rockstar who reaches unimaginable fame, yet the only thing his heart desires is having the love of his life by his side. From angsty teenagers and forbidden love to lusty twenty-somethings, Jake & Alyssa will endure more than love and loss. Their happily-ever-after will bring more than bargained for. 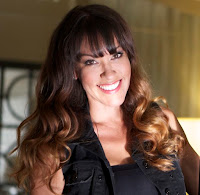