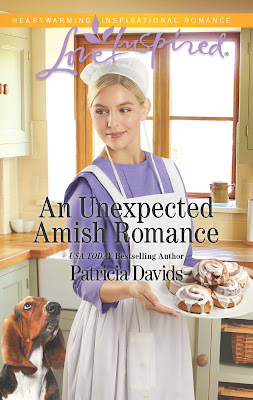 New beginnings. New job. New love? Amish Bachelors are full of surprises…
After a broken engagement, Helen Zook is embracing her independence—starting with a new job working for carpenter Mark Bowman. Sparks fly as Helen immediately butts heads with her handsome yet gruff boss, whose
complicated past makes him hesitant to plant roots in Bowmans Crossing. But Helen’s eccentric aunt and a matchmaking basset hound have their own plans for Helen and Mark’s future… 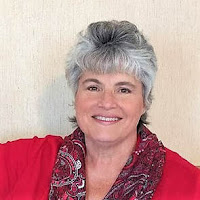 USA Today Bestselling author Patricia Davids grew up on a Kansas farm with four brothers. After college she began a wonderful career as a nurse. In 1973 Pat wrote a letter to a lonely sailor. Little did she know her talent with words would bring her love, marriage and motherhood.

An avid reader, Pat longed to write a book, but put her dream on hold as she raised a family and worked in an NICU. It wasn't until 1996 that she began writing seriously. Today, Pat enjoys crafting emotionally satisfying romances where love and faith bring two people together forever. 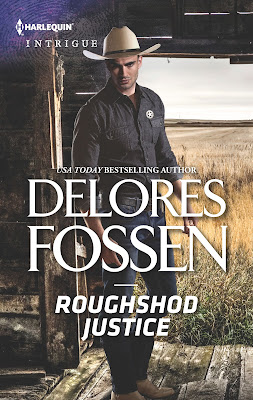 Blurb:
No memory and orders to kill. Who has his lover become?

Two years after their short, intense affair, Texas Ranger Jameson Beckett discovers Kelly Stockwell alive. Except she has amnesia…and a note demanding she kill Jameson. Where is the woman with whom he shared so much? Because Kelly remembers nothing, not even the toddler they learn is their daughter. With secrets unraveling and bullets flying, is Jameson’s trust in Kelly’s heart enough to save them all? 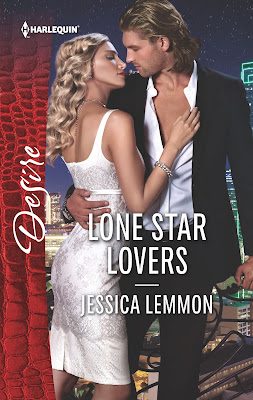 Blurb:
This sexy Texan was only a one-night stand. Until he became her client—then her fake fiancé! Penelope Brand’s hookup with billionaire Zach Ferguson was casual. Until he announces her as his fake fiancée to avoid scandal—and she discovers she’s pregnant. Now Zach demands they say, “I do,” for their child. But Pen won’t settle for a sham marriage. If Zach wants to keep his Lone Star lover, it’s his whole heart or nothing…

Jessica is a contemporary romance author, artist, dreamer, wife, and den mother to a rescue dog. To keep up with the latest news and book releases visit www.jessicalemmon.com.