#BlogTour & #Giveaway - Life in the Atmosphere by Anthony Wilson 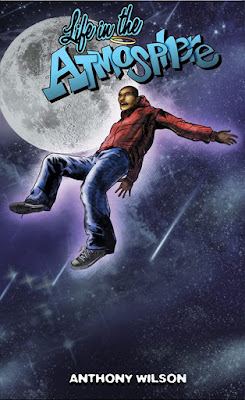 Blurb:
Jahlil Adams is just a regular teenager. In fact, you could say that he is “super regular” with his glasses, comic books, and cheap fashion sense. He doesn’t want popularity. He doesn’t want a pretty girlfriend. He wants to just be who he is. Well that and not to be bullied by Max Maniac.

Anthony Wilson is a first time author hailing from the Midwest of the USA. He wants to tell stories that deal with young people, grown people, people in love, people searching for something more, and situations that will touch each and every person. However, Anthony grew up in the inner city environment. Therefore, many of his stories will take place in that same environment as well. Anthony presently lives in the Atlanta area where he has a wife and a daughter from a prior relationship.