#BlogTour & Review - From the Grave by @TweetsByKarina

It felt so good to get back into the Mackenzie Grey books and being reunited with these characters. I really love Karina Espinosa's writing style. From the Grave brought us new and old characters that you just couldnt help but fall for. There was so  much drama going on through out the whole book, once you start, there's no putting it down. This time we have some new villains and they are giving Mackenzie and Bask the run around like no others have before, there are so many twists and turns, that you will be gripping the edge of your seat the whole time. I was really surprised by one character which I wont name because I dont want to giveaway any spoilers but lets just say it made my heart happy. Mackenzie is still so head strong and stubborn as ever, just the way I like her. It makes her so much more real. I can't wait to see what else Karina Espinosa has in store for us. 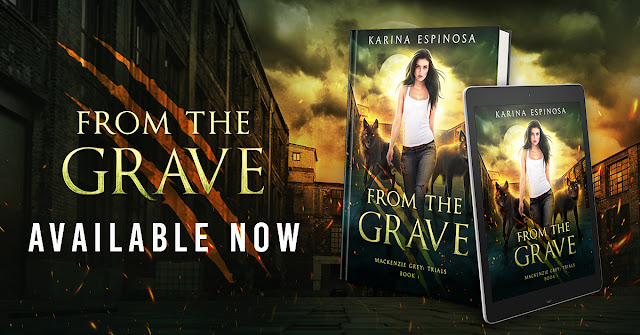