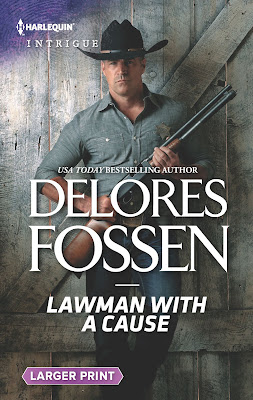 Blurb:
Her life depends on his protection. His heart depends on her survival.
Sheriff Egan McCall hasn’t forgiven Jordan Gentry for her role in the death of his fiancée. But when Jordan is attacked, Egan comes to her rescue and discovers a serial killer is targeting recipients of his late fiancée’s organs. Then Egan’s protective instincts—and long-buried feelings—kick in. Wearing a badge means his priority is stopping a murderer and safeguarding a target. If only he could also ignore the sizzling attraction between them… 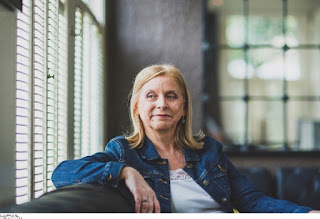 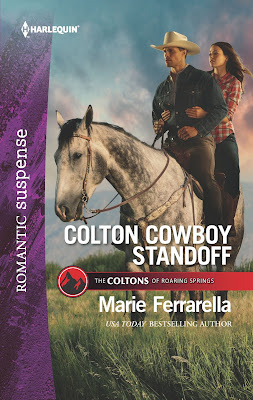 Blurb:
Two exes reunite as danger rocks the family ranch.
Years after ending her relationship with her husband, Wyatt Colton, Bailey Norton shows up on his doorstep with an unexpected request: to father her child. Unresolved passion sets off sparks between them, but Bailey must resist Wyatt’s undiminished allure—and show her true grit when the Colton ranch is mysteriously sabotaged. Can this Colton cowboy lasso the culprit and a forever family? 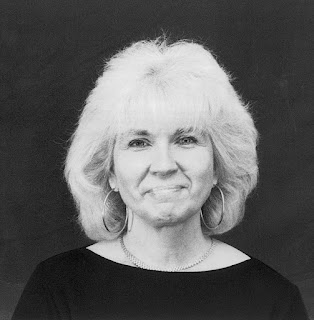 Marie Rydzynski was born on March 28 in West Germany to Polish parents. She moved to America at the age of four. For an entire year, Marie and her family explored the eastern half of the country before finally settling in New York.

Marie swears she was born writing, "which must have made the delivery especially hard for my mother." From an early age, Marie's parents would find her watching television or tucked away in some private place, writing at a furious pace. "Initially, I began writing myself into my favourite shows. I was a detective on '77 Sunset Strip,' the missing Cartwright sibling they never talked about on 'Bonanza' and the 'Girl from U.N.C.L.E.' before there was a 'Girl from U.N.C.L.E.,' not to mention an active participant in the serialized stories of 'The Mickey Mouse Club.'" Marie began to write her first romance novel when she was 11 years old, although she claims that, at the time, she didn't even realize it was a romance! She scribbled off and on, while dreaming of a career as an actress.

Marie was only 14 when she first laid eyes on the man she would marry, truly her first love, Charles Ferrarella. During her days at Queens College, New York, acting started to lose its glamour as Marie spent more and more time writing. After receiving her English degree, specialising in Shakespearean comedy, Marie and her family moved to Southern California, where she still resides today.

After an interminable seven weeks apart, Charles decided he couldn't live without her and came out to California to marry his childhood sweetheart. Ever practical, Marie was married in a wash-and-wear wedding dress that she sewed herself, appliqués and all. "'Be prepared' has always been my motto,"the author jokes. This motto has been stretched considerably by her two children, Nikky and Jessi, "but basically, it still applies," she says.

In November of 1981, she sold her first novel for Harlequin. Marie, who now has written over 150 novels, has one goal: to entertain, to make people laugh and feel good. "That's what makes me happy," she confesses. "That, and a really good romantic evening with my husband." She's keeping her fingers crossed that her reader's enjoy reading her books as much as she enjoyed writing them. 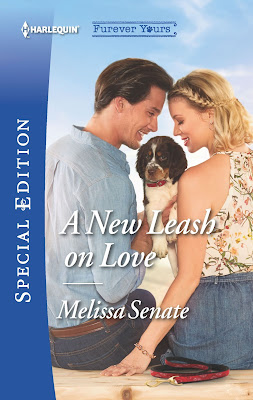 Blurb:
Will true love strike twice… at the Furever Paws shelter?
Army vet Matt Fielding is back—for good—and finding a puppy for his niece. He’s also avoiding Claire Asher, his high school ex—spotted at the local animal shelter! He can’t refuse her offer of puppy training, but soon their friendly reunion brings back memories of their teenage love, and sparks fly. Will their rekindled affair lead Matt to put a ring on it? 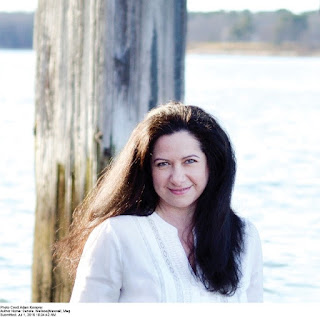 I've written many novels under my own name and pen names (including one secret pseudonym, but email me, and I'll tell you!). My books include my debut, SEE JANE DATE, made into a TV movie, and THE LOVE GODDESS' COOKING SCHOOL. Other novels are: The Solomon Sisters Wise Up; Whose Wedding Is It Anyway?; The Breakup Club; Theodora Twist (for teens); Love You To Death; Questions To Ask Before Marrying; The Secret of Joy; and The Mosts (YA). I've also written seven romance novels for Harlequin Special Edition under the pen name Meg Maxwell. In the Hurley's Homestyle Kitchen series: COWBOY IN THE KITCHEN; THE DETECTIVE'S 8 LB, 10 OZ SURPRISE; THE COWBOY'S BIG FAMILY TREE; THE COOK'S SECRET INGREDIENT, CHARM SCHOOL FOR COWBOYS; and SANTA'S SEVEN-DAY BABY TUTORIAL, a Christmas-themed novel. I also contributed a book for the Montana Mavericks series The Great Family Roundup: MOMMY AND THE MAVERICK.

I'll be writing more romances for Harlequin Special Edition under my own name in 2018 and beyond, starting with THE BABY SWITCH! in April. In July look for Detective Barelli's Legendary Triplets. In August: The Maverick's Baby-in-Waiting. And another in November.

Short stories can be found in American Girls About Town and Flirting With Pride and Prejudice: Fresh Perspectives On The Original Chick Lit Masterpiece. Essays in: It's A Wonderful Lie: 26 Truths About Life In Your Twenties and Everything I Needed To Know About Being A Girl I Learned from Judy Blume.

I'm a former book editor (romance and teen fiction) from New York City and now live on the beautiful coast of Maine with my teenage son and our sweet shepherd mix, Flash, and our comical lap cat, Cleo. Please come visit my website at MelissaSenate.com for more information. 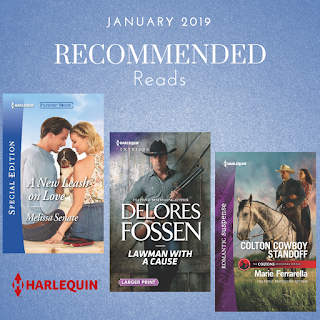