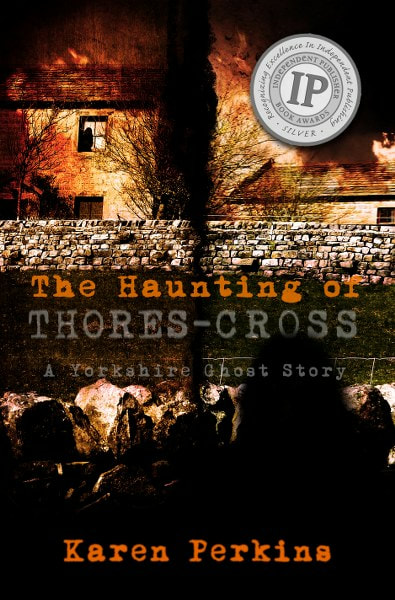 Likened
by independent reviewers on Amazon to the Brontë sisters, Edgar
Allen Poe, Barbara Erskine and Nathaniel Hawthorne, Karen Perkins'
novels are filled with unflinching honesty and an acute understanding
of human nature. She explores not only the depths of humanity, but
the depths of human motivation behind the actions and pain people
inflict upon each other, as well as the repercussions of these
actions not only in the short term, but also the later generations
who live with the implications of the past.

Emma
Moorcroft is still grieving after a late miscarriage and moves to her
dream house at Thruscross Reservoir with her husband, Dave. Both Emma
and Dave hope that moving into their new home signifies a fresh
start, but life is not that simple. Emma has nightmares about the
reservoir and the drowned village that lies beneath the water, and is
further disturbed by the sound of church bells - from a church that
no longer exists.

Jennet
is fifteen and lives in the isolated community of Thores-Cross, where
life revolves about the sheep on which they depend. Following the
sudden loss of both her parents, she is seduced by the local wool
merchant, Richard Ramsgill. She becomes pregnant and is shunned not
only by Ramsgill, but by the entire village. Lonely and embittered,
Jennet's problems escalate, leading to tragic consequences which
continue to have an effect through the centuries.

Emma
becomes fixated on Jennet, neglecting herself, her beloved dogs and
her husband to the point where her marriage may not survive. As
Jennet and Emma's lives become further entwined, Emma's obsession
deepens and she realises that the curse Jennet inflicted on the
Ramsgill family over two hundred years ago is still claiming
lives.

Emma
is the only one who can stop Jennet killing again, but will her
efforts be enough? 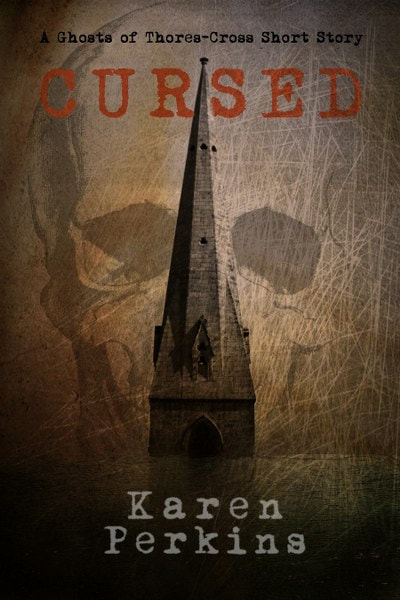 Jennet's
here. No one is safe.


A
skeleton is dug up at the crossing of the ways on Hanging Moor,
striking dread into the heart of Old Ma Ramsgill - the elderly
matriarch of the village of Thruscross. And with good reason. The
eighteenth-century witch, Jennet, has been woken.

A
spate of killings by a vicious black dog gives credence to her
warnings and the community - in particular her family - realise they
are in terrible danger.

Drastic
measures are needed to contain her, but with the imminent flooding of
the valley to create a new reservoir, do they have the ability to
stop her and break her curse? 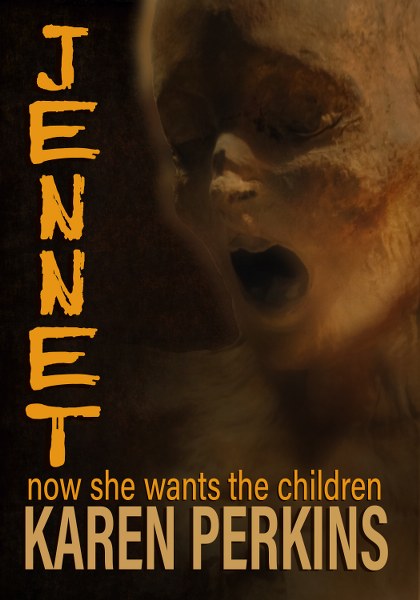 ‘Jennet
will
have your heart and
your fear in
equal measure’
‘Through
Jennet we
see how cruelty can
drive even the most ordinary people to hatred
and,
in Jennet's case,
evil’
Yorkshire
is in the grip of a heatwave, and Thruscross Reservoir has dried up
to reveal the remains of the drowned village of Thores-Cross beneath.
Playing
in the mud which coats the valley floor, four-year-old Clare
Wainwright finds an old inkpot, and can’t wait to show it to her
best friend, Louise. But when Louise’s mother, Emma, sees it, her
reaction is shocking, and both families are plunged into their worst
nightmares.
Emma
knows what the inkpot portends:
Jennet
has woken.
Now
she wants the children.
This
is not a gore-ridden, jump-scare horror story. This is more real than
that. Jennet is a story about the horrific things that people do to
each other, and the way we react to that maltreatment – which does
not always end with death.
Jennet’s
story is a horror story because it’s not necessarily fiction. It
reflects the way women were treated in the time that Jennet lived. It
reflects the psychology of the abuse cycle. And it reflects real
life. All of it.
If,
as I believe, the spirit does not die when the physical body dies,
then how many spirits are looking for vengeance today?
What
wrongs will you want to right when you pass through that veil? What
will I?
This
is the conclusion of Jennet’s story, which began in The Haunting of
Thores-Cross. I hope she finds peace. I really do. 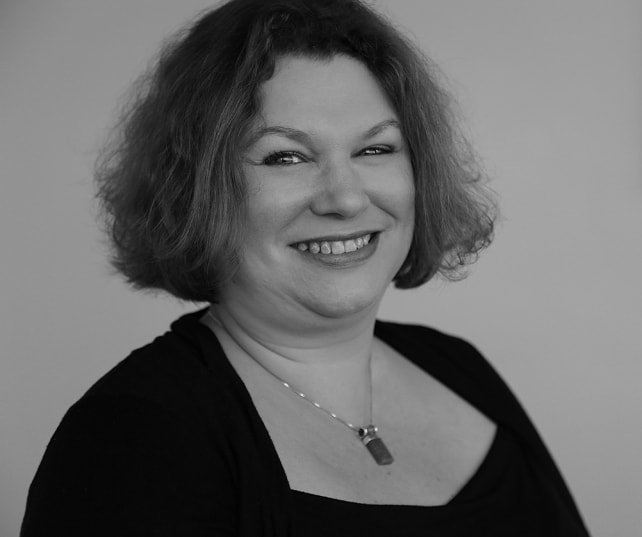 Karen
Perkins is the author of eight fiction titles: the Yorkshire Ghost
Stories and the Valkyrie Series of historical nautical fiction. All
of her fiction has appeared at the top of bestseller lists on both
sides of the Atlantic, including the top 21 in the UK Kindle Store in
2018.

Her
first Yorkshire Ghost Story - THE HAUNTING OF THORES-CROSS - won the
Silver Medal for European Fiction in the prestigious 2015 Independent
Publisher Book Awards in New York, whilst her Valkyrie novel, DEAD
RECKONING, was long-listed in the 2011 MSLEXIA novel
competition.

Originally
a financial advisor, a sailing injury left Karen with a chronic pain
condition which she has been battling for over twenty five years
(although she did take the European ladies title despite the
injury!). Writing has given her a new lease of - and purpose to -
life, and she is currently working on a sequel to Parliament of
Rooks: Haunting Brontë Country.

When
not writing, she helps other authors prepare their books for
publishing and has edited over 150 titles, including the 2017 Kindle
UK Storyteller Award winner, The Relic Hunters by David Leadbeater,
and has also published a series of publishing guides to help aspiring
authors realise their dreams.

Karen
Perkins is a member of the Society of Authors and the Horror Writers
Association.