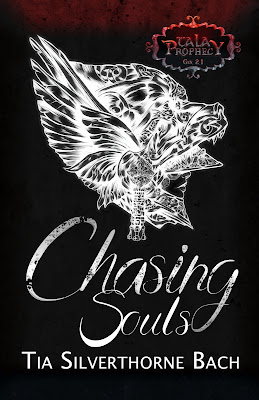 Blurb:
Shifter twins Jackie and Maddie must harness the power of their unique bloodline—a mix of wolf, magic, and angels—and wield their unholy alliance with vampires to vanquish Hell’s army.

High school doesn’t usually include life-or-death battles with evil incarnate, but on the precipice of war, the girls’ education prepares them to face malicious threats intent on destruction and revenge. Still, years of studying battle strategy, weaponry, mythology, and magic might not be enough to tip the odds in the twins’ favor.

Continuing their parents’ legacy as warriors for mankind, the twins must protect the world from a devil-sired army of shifters. A pair of Valkyries provide a spark of hope.

There’s more at stake than victory or defeat—souls hang in the balance.

A new generation emerges from the world of the Tala Prophecy, and this action-packed young-adult adventure brings forth new creatures that rock the very foundation of the series. 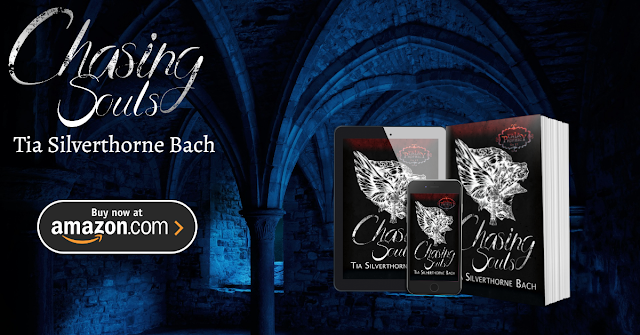 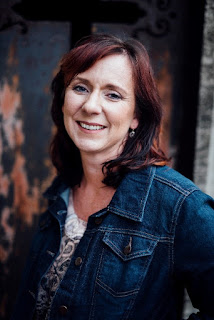 Tia Silverthorne Bach believes in fairy tales and happy endings. Her best days involve a heart full of love, fighting for what she believes in, and finding humor. Residing in the breathtaking state of Colorado, she has been married to her college sweetheart for twenty-four years and has three beautiful girls.

From an early age, she escaped into books and believes they can be the source of healing and strength. If she’s not writing, you can find her on the tennis court, at the movies, reading a good book, or spooning peanut butter right out of the jar. 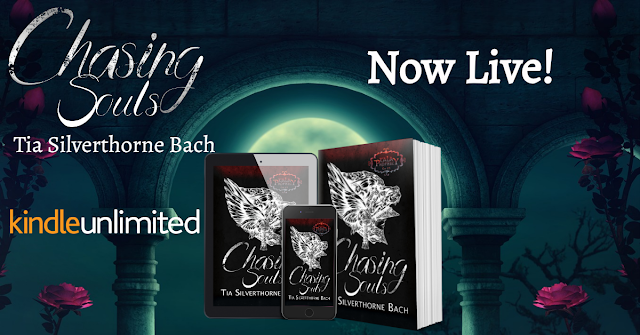 Everyone grouped up according to the directions, and Maddie took off her boxing gloves as they walked. Normally, she would’ve taken them off earlier, but she’d been too distracted.
“I’m not going to take it easy on you,” Gunner whispered in her ear.
A shiver ran down her spine at the close contact as it always did. When she and Gunner had first started their relationship, everyone at home had warned her that she couldn’t trust her emotions around him, that vampires oozed charm and allure. But she trusted him. Not just him, she put full faith in her heart and its ability to know what was real.
“Good to know. Guess I’ll have to give back whatever I get.” She kept her voice low, her eyes unblinking and never wavering from his gaze. “So bring it.” Seeing the flash of want in his eyes, a flicker she knew all too well, gave her an extra boost of adrenaline.
Within a heartbeat, he was behind her, his arm wrapped around her neck. She didn’t hesitate, swiping her right leg behind her and kicking just below his knee, which buckled. As soon as his hold loosened, she spun and thrust her palms into his chest, pushing all her energy into the attack, her left foot behind her as an anchor. Gunner flew several feet through the air, slamming into the back wall of the gym, leaving a slight dent there to add to the others previously created.
“Nice move,” Dad said, but then he suddenly cut his eyes to the other corner, and Maddie followed his gaze.
Xavier had Jackie pinned on the ground, his fangs bared and only inches away from her throat. Without thought, Maddie raced to her twin.
“Knee him in the groin!” Maddie shouted to Jackie’s mind, not slowing down just in case.
With a piercing scream that stopped everyone in their tracks, and causing two of the other vampires who were sparring with Aunt Jessica and Uncle Sam to press their hands against their ears, Jackie thrust her knee into the vampire’s privates and rolled out from underneath him, hopping up and into a crouch, one hand planted on the ground and the other straight out in front of her. By then, Maddie was by her sister’s side, and the two circled Xavier.
A tingling sensation ripped down Maddie’s spine, but before she could turn, a force crashed into her, sending her flying forward. Gunner pinned her to the ground, her face pressed into the cold floor. Unwilling to admit defeat, she remembered a recent class with Aunt Winny. Maddie squeezed her eyes shut and pulled her energy into her core, focusing it on her back, heating it to an uncomfortable temperature, sweat trickling down her forehead and stinging her eyes.
“Freaking—” Gunner jumped off her, and she flipped around to her back and catapulted to her feet in a kip-up maneuver Aunt Jessica had taught Maddie the previous week. She’d have to thank both aunts later.
From the corner of her eye—Maddie refused to lose focus on her opponent again—she noticed Jackie had Xavier on his knees in a choke hold. Aunt Jessica blew into her whistle, a toy she was overly enthusiastic about in Maddie’s opinion, and everyone relaxed and stepped away.