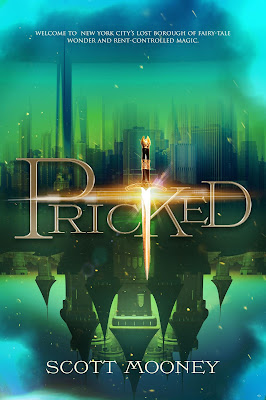 Briar Pryce has the power to change the emotions of others by handing
them a rose. It is a talent that has done surprisingly little for her,
besides landing her a dead-end enchantment delivery job and killing any
chance she had with her childhood-crush-turned-roommate. Worst of all,
her ability might be responsible for getting her best friend transformed
into a cat via a cursed muffin basket. Needless to say, Briar is nowhere
near happily-ever-after. But that’s just life as a twentysomething in
the Poisoned Apple, New York City’s lost borough of fairy-tale wonder
and rent-controlled magic.

When Briar reluctantly agrees to help find a princess’s kidnapped
boyfriend in exchange for reversing the curse on her friend, she gets
the heroic quest she never really wanted. Unfortunately, the life of a
noble heroine is not all it’s cracked up­­ to be – the hours blow, and
Briar suspects that the Royal family employing her might be evil,
Republican, or both. To complete the suckage, a killer smoke magician is
stalking Briar as she searches both the Poisoned Apple and Manhattan for
the missing boy. As tensions between the Poisoned Apple royalty ignite
and civil war looms, Briar must figure out how to write her own happy
ending--or she’ll just be ending. 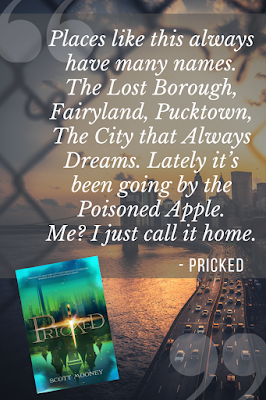 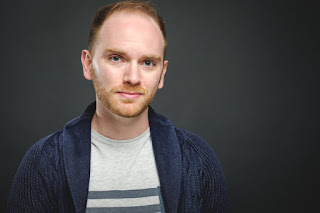 Scott Mooney is a writer, improviser, and director from Ann Arbor, Michigan. Even before he could hold a pencil, he dictated stories to his parents. He currently lives in Chicago after time in New York, Los Angeles, England, and a dozen fantasy worlds of his own creation. His debut novel, Pricked, was written during his studies at Cornell University and Oxford University.