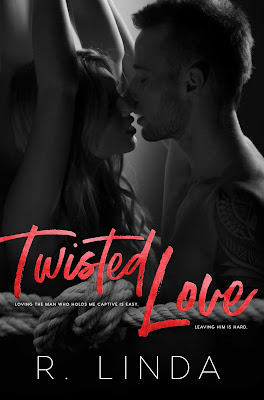 Blurb:
Running.
It's what I do. What I've always done.
For fitness. For fun.

And now for fear.

He took me. Trapped me. Destroyed me.
Broke me down, little by little.

His captive.
His slave.
His pet.

Something forbidden. The passion. The pleasure.
It's wrong. Unforgiving, and I should do what I do. 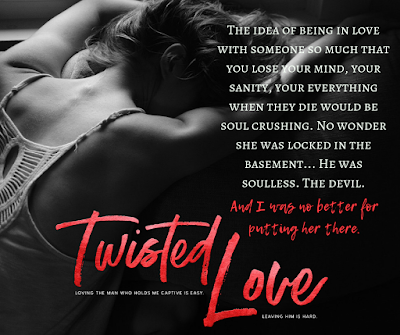 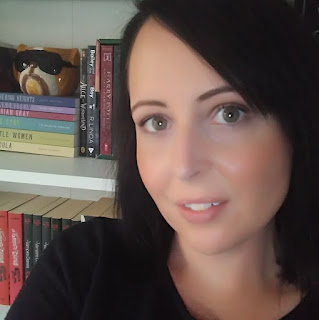 A coffee addicted, tattoo enthusiastic fangirl with a slight obsession for a particular British boy band and solo artist, she is a writer of Contemporary YA/NA Romance and Suspense, sometimes dabbling in Paranormal as well.

Renee lives in Melbourne, Australia with her husband and two sons. When not writing she can often be found reading books to her children and cuddling up with them on the couch to watch their favourite movies.

Get up close and personal with R.Linda, as well as sneak peeks, awesome giveaways and exclusive content in her reader groups on:
Facebook: https://www.facebook.com/groups/rlindanovels/
Goodreads: https://www.goodreads.com/group/show/697362-read-between-the-wines 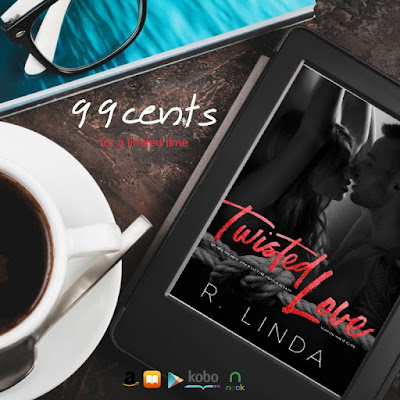 I didn’t even realise that I had reached for him, until Hendrix flinched at my touch. “Sorry.”
“It’s okay.” He shook his head.
“Do you want me to stop?” I asked as I touched the small round cigarette burns.
“No.”
There were hundreds of them, dotting his. I traced my fingers over each one, feeling his pain. My heart clenched.
Hendrix’s breathing increased and I wondered if I was pushing him too far, but he still didn’t stop me.
My hand drifted down to a large triangular scar on his lower back. I traced the slightly curved edges and winced in pain as I thought about what could have caused such a bad scar.
“What did he do to you?” I whispered so soft I wasn’t sure Hendrix heard.
“Hot iron. My shirt was wrinkled and I looked like a slob.”
“Oh, Hendrix.”
“I was eleven.”
If it were possible for my heart to break any more, it did, right then.
Shattered.
Tears rolled down my cheeks as images of an eleven-year-old Hendrix being held down by Ray flashed through my mind.
“I’m so sorry,” I whispered into his back, wrapping my arms around his waist until they came to rest on his stomach. His hands found mine, covering them completely. His body trembled, and I had no idea how to comfort him. How to take away the pain, torment, torture.
I pressed my lips to a scar on his shoulder and he tensed, tightened his fingers around mine. I wanted to make him feel better, make him forget the pain of his past for just a little while.
Throwing caution to the wind, I turned him to face me.
“Lucy.” His voice was low, gravelly. “Stop.”
“No.” I cupped his cheek with my hand and pressed my lips together in a small smile. “Kiss me.”
He froze. Conflict warred in his eyes as he lowered his gaze and dragged it leisurely over my body.
I just wanted a moment for us to both forget. For Hendrix to lose himself in me and forget his past. I wanted to forget where I was, forget that my life was hell. I wanted to feel something other than hatred, and Hendrix’s kisses and fingers on my skin always sparked something in me; a fire, a desire that I constantly had to extinguish. But right then, maybe it was the fact he was trying so hard to be noble and do the right thing, I just wanted to give into the flames and burn with him.
As if following my train of thought, Hendrix’s eyes flashed to life, a low growl erupted from his throat and he slammed his mouth down on mine. My hands were in his hair, my lips moulded to his, a small whimper escaped. And I really didn’t know if it was me or him. Or if it was out of pleasure, comfort, or fear. It didn’t matter. It just was.
His hands cupped my face as he stepped back. Breathing hard, he closed his eyes and rested his forehead against mine. “Can I tell you something?” he whispered against my lips.
“Yes.”
“I’m scared, Lucy. I’m scared I can’t fix this.” His voice was full of pain, anguish.
“Me too.” I pressed myself closer to him, needing the comfort and needing to comfort him.
“I won’t let him touch you, Lucy. At all. He’ll have to kill me first, okay? I promise you, you will be safe.”
I kissed him again.
Gave in to the flames