#PreOrder - The Evil Within 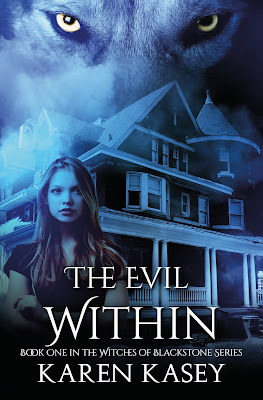 Blurb:
Ever since Matt was born, Tasia has been close with her younger brother. She has a deep desire to protect him. Their mom is the coven’s head witch in the small town of Blackstone, Ohio. Their dad is supportive of the family practicing the craft but has no supernatural gifts himself.

In the sixth grade, Matt thinks puberty is difficult. Combined with struggling to find his skills as a newbie witch, life is even more challenging. Things get dire when the school bullies play a horrible prank on him, which results in consequences more far-reaching than Matt can ever imagine. When he finds out the haunted house next door has released a demon into the town, he has to fight harder than he ever thought possible to keep his loved ones safe.

Tasia is in the eighth grade. She’s a witch who thinks she has plenty of time to hone her craft. But when strange things start happening in Blackstone, she realizes she needs to master her skills now if she wants to defeat the demonic forces that are at work.

With the help of her brother and her best friends—Riana, a vampire-witch hybrid, and Courtney, a witch and vampire hunter—Tasia must form a plan to rid the town of the diabolical power that threatens to destroy them all. 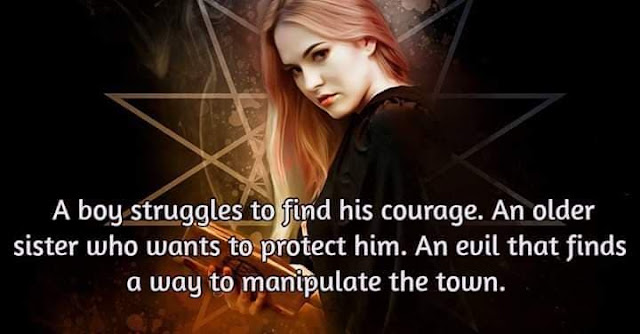 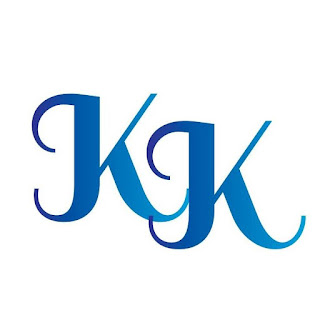 Karen Kasey graduated from Bowling Green State University with a Bachelor of Science in Technology. She lives in Ohio. She is a member of Wright Writers of Dayton. She loves to write, read, cook, and spend time with Jay, her boyfriend, and Lucas, their rescue dog—a Great Pyrenees/Alaskan Malamute.

Tasia had longed to meet her baby brother ever since her mom said the bundle of joy that was coming would be someone Tasia would connect with for the rest of her life.
After her brother was born, Tasia and her dad paused in the doorway of her mom’s hospital room before entering.
Her dad held his hand out for Tasia to hold. “You can see him now.” His warm smile spread across his trimmed brown beard. “Finally.”
Taking his hand, she looked up at him and grinned. Before they reached her mom’s bed, he picked up Tasia. She held on to him, excited to finally see what a brother looked like. Her dad walked over to the newborn.
“Look, Tasia.” He smiled at her before looking at the infant.
The baby peeked out from under the blue blanket. Mom pulled it back to reveal more of his face. He wiggled his legs and arms, squirming around. Dad bent over so Tasia could get a closer look.
Her brother’s blue eyes opened and locked on hers. In that second, something magical and bizarre happened. Her ability to see didn’t come from her eyes. She saw through his and was staring at her own honey-colored eyes and blond hair that framed her face. She shuttered. Her connection with her brother was so intense, she couldn’t feel Dad’s arms holding her. She wondered if her brother was looking through her eyes.
The weight of her body returned as she no longer saw through his eyes but through her own. The longer she gazed at her brother, the more she tapped into his emotions. He noticed shapes and colors while being fascinated with Tasia’s face. A deep sense of devotion filled with everlasting love radiated inside of her, filling her heart with joy.
In that moment, Tasia and her brother held mutual admiration for each other. She would love him forever. She wasn’t scared of being a big sister anymore. She was determined to watch over him.
Dad put her down. Tasia hopped up on the edge of the bed. Her feet dangled as she gazed at her brother in awe.
“You bonded with him. Didn’t you?” Mom asked.
She nodded.
“You’re going to love being his older sister,” Mom said.
Tasia smiled at her mom then looked lovingly at her brother.
Among the life-changing revelations, Tasia sensed that they were meant to do great things. What, exactly, she didn’t know.


Tasia’s ability to see through her brother’s eyes only happened on the day Matt was born. After that, she could only sense his emotions if he was near. Their love was not diminished because of that. It grew stronger year after year.