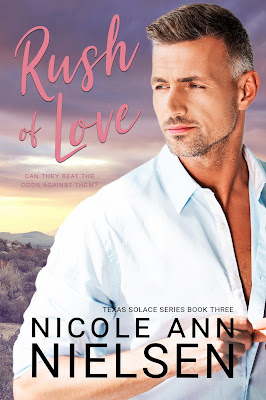 Blurb:
A suspenseful second chance romance with an age gap that will melt your Kindle and keep you on the edge of your seat!

While home on vacation, Jo Lawson babysits the children of a family friend, Kurt Wheeler. Despite the seventeen-year age gap between them, Jo and Kurt soon succumb to the temptation of their mutual attraction.

What was meant to be a summer fling turned into a long-distance relationship … until he abruptly ends it.

Years later, Jo decides it’s time to go home after a stalker turns vicious. With danger hot on her heels, she’s forced to confront the town’s sheriff — the man who broke her heart. As Kurt uncovers long-buried secrets, he must adjust to having Jo back in town while figuring a plan to keep her safe.

It soon becomes clear the chemistry from their past burns as fiercely as ever, but the numbers are stacked against them.

Will they beat the odds this time? 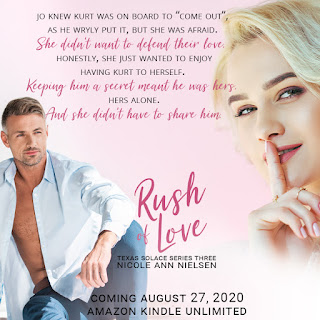 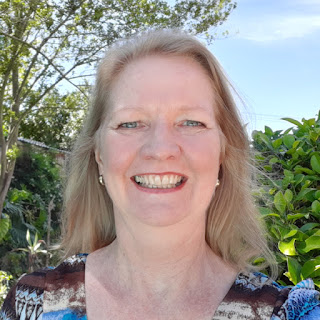 Nicole Ann Nielsen believes in romance, in love, and everyone deserves a happy ever after. And that is what she writes -- Contemporary Romance, with a dash of spice and a hint of suspense.
Nicole lives in scenic Cape Town, South Africa, and shares her space with her husband, two dogs, and a lone cat, her son and daughter having long flown the parental coop.
She is an avid reader, enjoys Pilates, inhales coffee, and loves dreaming about her next novel. 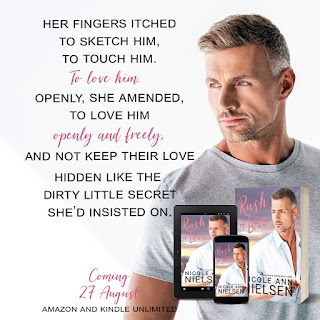 “Hey,” she greeted, smiling.
Seeing her pretty face come to life on the small screen kicked up Kurt’s pulse rate. And stirred his dick. But then, he’d been walking with a semi-hard-on all weekend. He’d managed — just — to not give in to the temptation and take himself in hand.
He cleared his throat. “Josephine.” Nope. His voice was still all croaky.
“You okay?”
“Yeah.”
“Boys okay?”
“Yeah.” Oh, way to go, Kurt. Reduced to blubbering one-word answers.
“Okay then, what’s up with you?” Jo moved position, and Kurt saw the iron post behind her. She was in bed. Like him.
What’s up? “My dick,” he blurted, viewing the bulge pushing against his pajama pants.
She blinked. “Oh.”
“Oh? That’s all you gotta say? Oh. Since you walked into my office seven weeks ago, it’s had a mind of its own. And then I did that fool thing of hauling you out of … Polly and kissing you. And then … then Friday … Friday, I truly lost my mind, and now my dick’s had a taste of your pussy again, and it wants more. Dammit, Josephine, stop laughing,” Kurt ground out.
He was staring at her ceiling, strips of wood lying atop support beams, while the sound of her giggles filled his ears. It was a beautiful sound, and a reluctant smile stirred his lips.
“Jo? Honey?”
Her face filled his screen again. Big brown eyes were shining bright, and she was swiping a hand across a bright pink cheek. “Should I apologize, Sheriff?”
“Never.” He loved her just the way she was.
“Hauling me out of Polly was … hot.”
“So I’ve been told,” he admitted.
She chuckled. “Have you watched the video?”
“Yeah.” Just five minutes ago. Hence the call. He cleared his throat. “I need to apologize to you. You deserve more than ‘a haul out the car and kiss senseless on the side of the road’ behavior from me. I wasn’t think—”
“It was real, Kurt,” Jo cut in. “That kiss was real. Just like Friday was real. And both were hot. Don’t apologize for being authentic with me.” Exhaling sharply, she added, “I’m suffering from the same malady that’s afflicting you. Except” — she grinned — “mine’s … internal.”
He swallowed. Hard. “This … between us? Are we going there again? Are you prepared to give me a second chance?”
The prolonged silence was killing him, and he stared into his screen, into her beautiful eyes as she looked at him, wishing he could cup her face and feel her soft skin and will the answer he wanted from her sweet lips.
And then, “Yes. Yes, I am.”
Kurt let out the breath he’d been holding, and his heart stuttered to life again. “We’ll talk when you’re back from California,” he promised.
A bright smile bloomed across her face. “We’ll talk.” This was quickly followed by a frown. “About California. Seriously, Kurt, did you have to sic bodyguards on me?”
“Jo, your concealed license is not valid in California, and I don’t like you being unarmed, so yes, until I’m around to protect your ass and Branson is caught, you will have bodyguards on you. It falls under the contract protecting your entire family.”
Jo muttered something under her breath.
“Sorry?” He wanted her to repeat what he’d thought he’d heard her say.
She looked him in the eye. “I love it when you go all sheriff-y on me.”
“Josephine,” he growled at the blatant lie.
She huffed. “Oh, okay. I said … you’ve gone and made me all … heated, Sheriff. So. Not. Fair. You’re hundreds of miles away,” she whined.
Join the club, baby. Kurt chuckled. “Oh, it’s very fair, Josephine. I’ll see you when you get back on Wednesday.”
“Till Wednesday, Sheriff Wheeler. Sweet dreams,” she added with a wicked smile stretching from ear to ear. She blew him a kiss and disconnected before Kurt could reply.
“Sweet dreams, baby. Love you,” he whispered to the blank screen, catching the kiss, placing his fist over his heart.
Kurt lay back smiling. And opened the app to view That Kiss again.
But his smile had faded by the time the video ended.
He’d mauled Jo, on the side of a public road. And left her.
He’d slaked his lust, taking her, roughly, in a kitchen. And left.
After toying with her for years, he’d left her, without a backward glance.
He’d not ever done right by her.
How was he going to make it up to her? 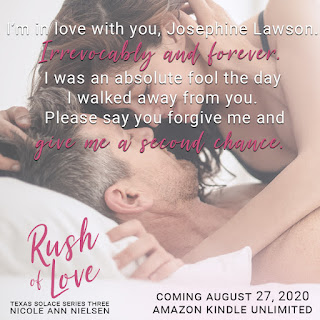 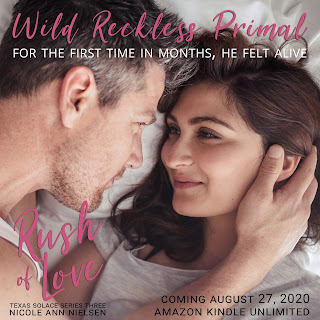