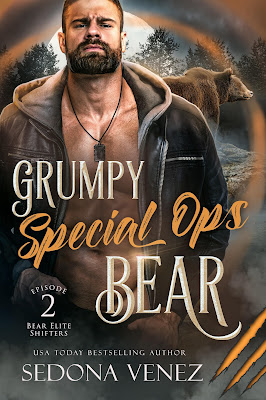 Blurb:
Whatever it takes, he will protect his fated mate.

War Fergus understands. As the alpha bear shifter in his pack, he’s highly trained in the tactical maneuvers of battle.

Matters of the heart are another matter.

He should be prowling the woods in search of the most dangerous wolf shifter he has ever encountered. Instead, he’s plagued by thoughts of Trinity… the feisty little bombshell his body aches for.

In theory, the human beauty is everything he longs for in a mate. Yet one thing stops him from claiming her as his own.

Why the hell would fate finally deliver a mate who is the sworn enemy of his kind?

Grump Special Ops Bear is told in three installments, or episodes, like a TV show. Each episode, except the last one, includes a cliffhanger! 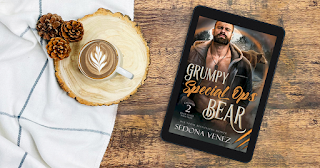 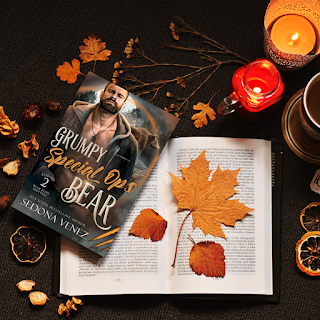