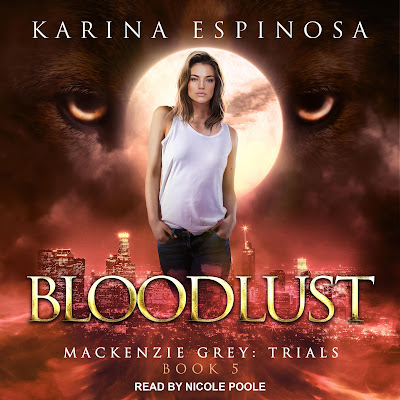 Blurb:
The countdown has begun.

Mackenzie Grey is tying up loose ends before she says goodbye to the life she knows. In doing so, that means closing up all her cases that are left open at the Supernatural Investigative Unit, and nothing prepares her for the blood thirsty vampires roaming the streets of New York City. It is time to rein them in and bring order back to the city. Except Kenz is just as blood thirsty as they are.

Úlfur is a shadow Mackenzie can't seem to shake amidst all the chaos, and when all the pieces fall into place, and his identity is revealed nothing will be the same again.

Saying goodbye is hard, but staying alive is even harder. 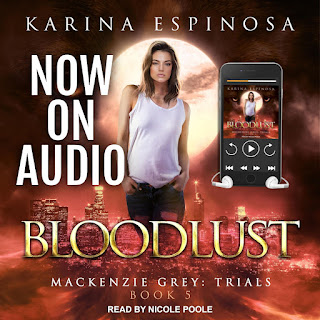 Karina Espinosa is the Urban Fantasy Author of the Mackenzie Grey novels and The Last Valkyrie series. An avid reader throughout her life, the world of Urban Fantasy easily became an obsession that turned into a passion for writing strong leading characters with authentic story arcs. When she isn't writing badass heroines, you can find this self-proclaimed nomad in her South Florida home binge watching the latest series on Netflix or traveling far and wide for the latest inspiration for her books. Follow her on social media!
Author Links:
Web | Amazon | Goodreads | Facebook | Twitter
Reader Group | Instagram | Bookbub
NOW AVAILABLE ON AUDIO! 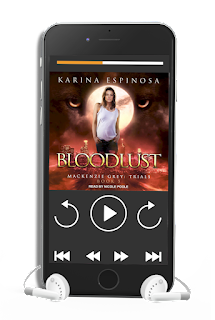