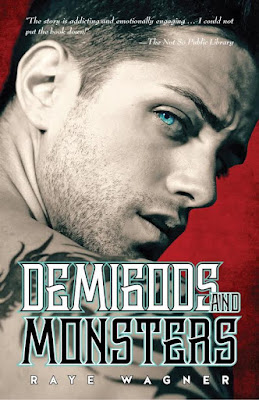 Blurb:
Can Apollo’s curse be broken?
Seventeen-year-old Hope Nicholas is done running. Apollo’s curse has ruled her entire life, limiting her choices and robbing her of the things that matter most. But she refuses to live in fear any longer. In fact, she’s ready to do whatever it takes to break the god’s power over her existence.
When the goddess Artemis instructs Hope to impersonate a demigod and infiltrate a conservatory to get access to the Olympian library, she doesn’t hesitate. As she sees it, there’s nothing left to lose.
But once inside, Hope discovers the only way to get what she needs is to work with her sworn enemies. As the lines between demigod and monster are crossed again and again, Hope has to dig deep for the courage to accept her fate or fight for the freedom to save herself.
Demigods and Monsters is the second book in the Sphinx series. 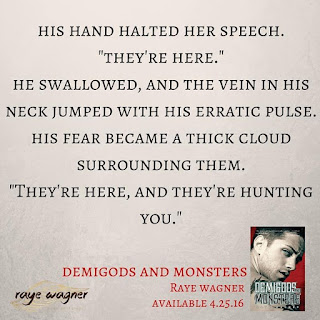 OMG!!! Raye Wagner is really killing me with this one. Just as Athan seems to be back with Hope, she's gone again. I really enjoyed reading this series. So up beat, constantly having me on my toes. The drama is never ending. Loved the new characters that were introduced in Demigods and Monsters, I kinda have a love hate relationship with Xan. Only because I like Athan better but Xan is hot too lol While Hope is still learning to live as an immortal and become stronger, it seems there are those out there only to bring her down. However, she is one determined Sphinx and isnt about to let Apollo or anyone else stand in her way. She is determined to find out more about her Curse and how to live her own life. Demigods and Monsters was even better than the first book in this series, which was hard to beat. Makes me excited to see what's in store for us in book thre. I really loved the characters, and how the author showed there was more to them than just being gods. Def one of my fave mythology books out there and Ive read several. If mythology is your thing, then you def need to read this series. 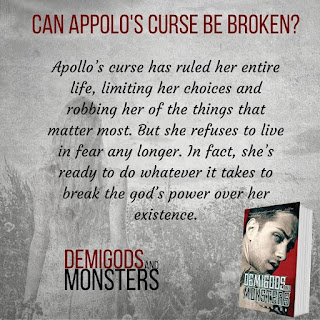 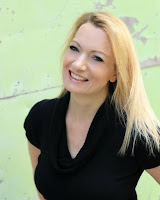 Raye Wagner grew up in an urban fantasy just outside of Seattle, Washington. As the second of eight children, she was surrounded by monsters, demons, and her sometimes mortal parents. She read heaps of fantasy while locked away in the upstairs room of the family cottage.

Raye studied the art of medicine long before she had an interest in the Gods on Mount Olympus.

One sunny afternoon, the history of Apollo’s ancient curse and the myth of the Sphinx dropped into her consciousness, and she’s been scribbling and typing stories in her spare time ever since.
Raye writes young adult fiction for teens and adults. 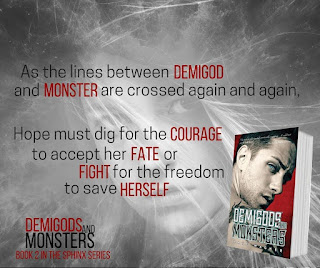 Hope went into the sparse guest room and closed the door behind her. She let out a long, slow exhale and leaned against the door.
“How long have you been at the conservatory?”
Hope yelped. Turning around, she noticed Athan sitting on the edge of the bed.
“Sorry.” He was quickly at her side. “I didn’t mean to startle you.”
“Then what the Hades are you doing in my room with the light off?” Hope flicked the light on and glared at him.
“Right.” He took a step back. “Sorry. I wanted to talk to you, and you left abruptly.”
Hope clenched her teeth. “Oh. Well then, it’s all okay. Come on in.” Sarcasm dripped with the words. “What do you need to say?”
Athan frowned. “What’s with the hostility? Did I do something to you?”
She sputtered in her attempt to say anything, but words formed and disappeared before she could get them out. Finally, she said, “I trusted you.” She knew she was being irrational, but all the pent-up emotion erupted, blasting into the air between them. “I don’t even know what to believe anymore.”
Athan reached his hand out to touch her face, but something in her expression made him hesitate before contact. He dropped his hand to his side. “I never lied to you, Hope.” 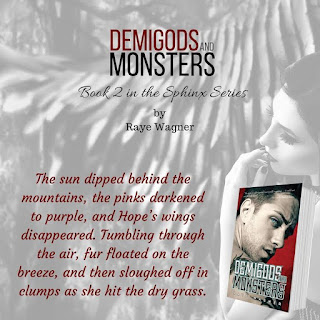