On Tour with Prism Book Tours.

Strangers in Paradise
& Sheltered in His Arms 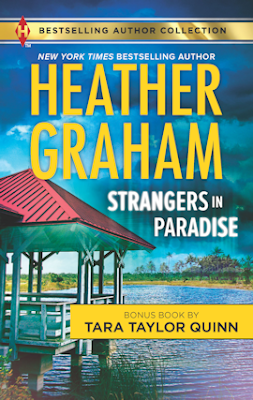 Alexi Jordan moves to her family's crumbling Florida estate to start over. The house needs work, but that's exactly what she's looking for to get her life back on track after a disastrous marriage and an exhausting career. But after a series of unsettling phone calls and someone tampering with her lights, Alexi begins to fear that her home is far from a refuge.

Her neighbor, Rex Morrow, insists on protecting Alexi. She can't deny that Rex is strong and sheltering, but the feelings she begins to develop for him are just as frightening as the series of scary events in her home. As the danger increases, Alexi must decide who poses the greater risk—her mysterious stalker, or the man who threatens to steal her heart…

Ten years after doing the unforgivable and leaving Shelter Valley, Sam Montford returns home. But forgiveness proves hard to find…particularly with the one woman he loved the most and hurt the deepest: his ex-wife, Cassie Tate. 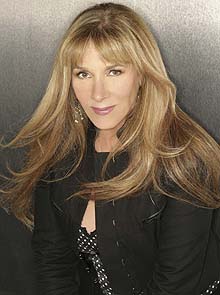 New York Times and USA Today best selling author, Heather Graham, majored in theater arts at the University of South Florida. After a stint of several years in dinner theater, back-up vocals, and bartending, she stayed home after the birth of her third child and began to write. Her first book was with Dell, and since then, she has written over two hundred novels and novellas including category, suspense, historical romance, vampire fiction, time travel, occult and Christmas family fare.

She is pleased to have been published in approximately twenty-five languages. She has written over 200 novels and has 60 million books in print. She has been honored with awards from booksellers and writers’ organizations for excellence in her work, and she is also proud to be a recipient of the Silver Bullet from Thriller Writers. (And award for charitable endeavors.) Heather has had books selected for the Doubleday Book Club and the Literary Guild, and has been quoted, interviewed, or featured in such publications as The Nation, Redbook, Mystery Book Club, People and USA Today and appeared on many newscasts including Today, Entertainment Tonight and local television. 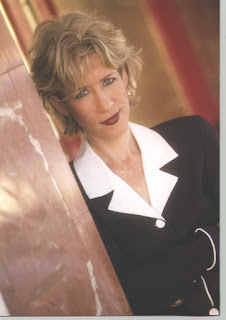 The author of more than 70 original novels, in twenty languages, Tara Taylor Quinn is a USA Today bestseller with over six million copies sold. A 2015 RITA finalist Tara appears frequently on bestseller lists, including #1 placement on Amazon lists, and multiple showings on the Publisher’s Weekly Bestseller list. She has appeared on national and local TV across the country, including CBS Sunday Morning.

Tara is a supporter of the National Domestic Violence Hotline. If you or someone you know might be a victim of domestic violence in the United States, please contact 1-800-799-7233. 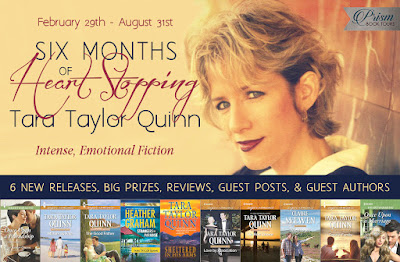 Check out all of TTQ's ongoing tours HERE! 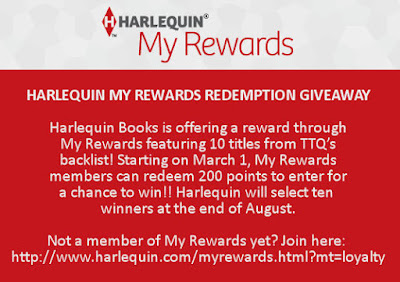 Sheltered in His Arms
I’m excited to be able to welcome you to Shelter Valley. It’s a very special place. I created this fictional town many years ago, thinking I’d set three books there. We now have fourteen Shelter Valley Stories with talk of more. One of the biggest sellers, Sheriff of Shelter Valley hit USA Today last year in collaboration with Heather Graham and has enjoyed bestselling placements on its own this year as well.
I love Shelter Valley for many reasons. It’s a gorgeous little town set in the Arizona mountains. It’s a fierce town – fiercely loyal to its own, fiercely protective of them, and fiercely willing to defend against anyone who tries to harm any one of them. But more than that, it’s people are fiercely welcoming. Shelter Valley is a place where people run to hide. Where they go to heal. Where they learn to love.
Even if you’ve never been to Shelter Valley before, you’ll soon realize you’ve got a home here.  Anyone with a big heart is welcome here where folks always share each other’s pains and triumphs.
It’s an especially exciting time here in Sheltered In His Arms because Shelter Valley’s own prodigal son, Sam Montford IV, heir to the town’s founding family, is finally returning home after ten years of silence.  And he’s not alone.  He has a seven-year-old daughter with him.
What I hope will really make you feel at home is the fact that all is not perfect in Shelter Valley.  Just like anywhere in the world.  We all have faults.  And sometimes finding them in others is comforting, makes them more like us, allowing us to relate to them more easily.  Sam Montford made a substantial mistake.  But he’s ready to atone for that mistake and to share with Shelter Valley the good things he’s created in his life. He asks only to be forgiven.
And in Shelter Valley he has a chance of finding that forgiveness.  This is the gift I wish for you—a true home, a sheltering home.  A home where love is unconditional, acceptance a promise kept and forgiveness a reality.
—TTQ

To Enter: Submit your receipt online for your pre-order or purchase of any of Tara Taylor Quinn’s six releases being promoted on her Heart Stopping Tour (Love By Association, His First Choice, The Promise He Made Her, Strangers in Paradise: Sheltered In His Arms, Sheltered In His Arms Audiobook, and For Love Or Money). Enter as many times as you purchase. One book purchase equals one entry (one receipt per entry and must be uploaded at time of entry).