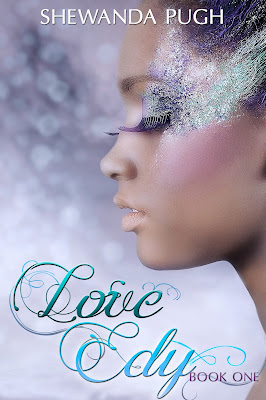 Blurb:
When Edy Phelps falls hard for her best friend, she knows nothing can come from it. Forget actual chemistry, or the fact that she cherishes his mother more than her own; centuries of tradition say that Hassan will grow up, marry the girl his parents pick, and forget his best friend: the dancer with the bursting smile. Except he can't. In a world erupting with possibilities for the boy with a body of steel and dreams of the NFL, everything seems promised while nothing at all is; when he's denied the girl he wants most.

Two hearts. Two families devoted through generations of friendship. Could Edy and Hassan really risk all that? And yet ... how could they not? 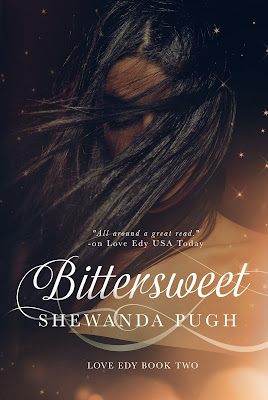 Blurb:
In the aftermath of one tragic and uncertain night, Edy and Hassan shut out the chaos with a kiss. But when Hassan's traditionalist mother sees that kiss … well, a nightmare of a different sort begins. After all, he still has an arranged marriage on the horizon.

Love attacks the glue of their two bonded families; while the slow tug of success pulls Edy and Hassan in opposite directions. After denying their feelings for so long, they now have each other, but are forced to ask themselves if being together is worth it. 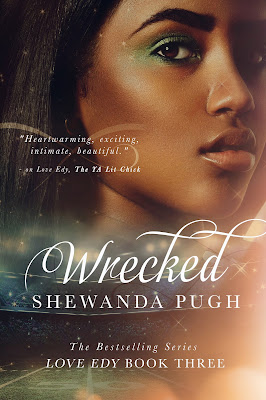 Blurb:
When Edy arrives at Louisiana State University, she soon discovers it takes more than talent to stay in her fellow dancers’ good graces. Meanwhile, Hassan’s status as a newbie freshman means that anytime not practicing is spent steering clear of pranks, cramming every play into his skull, and changing his mind again and again about whether to do that double major. Football, dance, and classes keep him and Edy apart more than together, and in the freedom of a thousand-mile distance from their parents, Edy discovers a wild, free spirit…one that doesn’t sit well with Hassan. But there’s a moody, unapologetic bad boy who likes it more than a little. He goes from irritating Edy to intriguing her. Oh, and yes, he’s a dancer. Finally, there’s Wyatt, in Baton Rouge without an explanation. Freshman year is ricocheting out of control fast as obligations and accusations take their toll. In a world like this, one wrong move is enough for everything Edy and Hassan have worked for to get wrecked.

Shewanda Pugh's a tomboy who's been writing romance since an inappropriate age. While she's been shortlisted for a few awards and snagged a bestsellers list or two, there's nothing she enjoys more than hearing from her readers.

In another life, she earned a BA from Alabama A&M University and an MA in Writing from Nova Southeastern University. Though a hardcore native of Boston, MA, she now lives in Miami, FL, where she sulks in the sunshine, guzzles coffee, and puzzles over her next novel.

Mason muscled the Land Rover over a bed of shrubs and into the street, knocking his passengers left then right with the hustle. Just as Matt yelled for him to head in the opposite direction, Lawrence demanded to know if he could possibly hurry up. Hassan's eyes kept to the street, desperate for a glimpse of a just-departed Edy.
He supposed to an outsider their panic looked silly. But none of them cared. Edy was one of them, and they didn't need her father to remind them.
"Why would she leave like that?" Mason said, halting at a red light and chewing on the side of his thumb.
"Maybe someone tried something," Lawrence said.
"Tried something?" Matt echoed.
Silence filled the cabin.
Hassan's face tightened, teeth sealing with the weight of wet cement. That image didn't work for him. It didn't work for him one friggin' bit.
"If someone had tried something, Edy would've come to one of us," Mason said.
Chloe, who sat wedged between Hassan and Lawrence in the center backseat, cleared her throat. "Maybe she didn't want to," she offered.
That had everyone's attention.
"And why wouldn't she want to?" Matt snapped.
"I don't know," Chloe said. "Maybe . . . if she liked it." She looked from one face to the next, each cold, hard, unappreciative.
"Maybe you oughta be quiet," Lawrence muttered and turned to face the window.
Hassan rode with the company of his thoughts, now violently intruded on by Chloe's assertion. Meanwhile, he kept dialing Edy's cell and it went to voicemail each time. Tension hung like a threat in the air.
"Who saw her last?" Mason demanded.
"Oh, don't start that again," Lawrence said. He turned to Hassan, eyed the cell in his hand. "Keep trying. Keep calling."
Hassan sighed. He pushed away a thousand crazy thoughts: that Lorenzo Carpenter had been lying to them, that Chloe had been telling the truth, that Chloe had been talking about Lorenzo when she told them the truth.
"We have to check her house," Mason said. "It's the only place left."
"Right," Matt sneered. "We just walk into her living room and ask Nathan if he's seen the daughter he left with us."
"Not us." Mason said. "Sawn."
"How?" Hassan said. He looked up from the phone.
"You've got a key," Matt pointed out. "Use it and walk up to her room."
"Like Nathan isn't up? Waiting?" Hassan said.
"Window," Lawrence said. "Climb up. Look in. See if she's there."
Her window. Their secret rendezvous place since Hassan had learned to climb trees at six. It was a decent idea. He could only hope that her father wasn't sitting on the bed, waiting for his now-late daughter.
They parked on the tail end of Hassan's street, Dunberry, behind a cluster of oaks and a stop sign. All four boys climbed out, hunched low, and scurried covertly to 2260, Edy's address, while Chloe waited behind in the car. On arrival, the Dyson brothers clustered around a sweeping, aged, and red-tipped chestnut, squinting upward as Hassan scaled it. They watched with a nervous eye for Edy's parents, or his, next door.
Hassan made it to the thick "V" of limbs that split half toward Edy's house, half toward his. He hoisted himself up, grabbed a gnarled branch for balance, and found a knot of familiar footing to stand on. A square of darkness stared back at him. He reached forward and yanked up Edy's window.
"Edy!" Hassan hissed. "You in there?"
Silence.
"Ed--"
She emerged from the shadows, hair in an oversized ponytail, pajamas ultra-pink and wrinkled, the epitome of a been-sleeping girl. Only, he knew better. She stared back at him, evenly, eyes wider in the night.
"What are you doing here?" he said. "Why aren't you answering your phone? We've been looking for you. We didn't know what to think."
"I'm here because I live here. You can go back to your party now."
"What? I can go back--" Hassan flared. "Why didn't you say you wanted to leave? Mason would've taken you. Or Matt. I would have walked you, if nothing else."
"I don't need anyone to take me. Now if you'll excuse me, I'm tired."
But he couldn't excuse her. Not like that. Her anger, whenever he earned it, sat with him, needling like a shoe that didn't quite fit.
"Cake?" he said uncertainly.
His name for her. It had always been his name for her. But she jerked as if the word itself burned.
He needed to do something. To fix whatever was happening. Only . . . he hadn't the faintest idea what was happening.
"Edy, please. If I did something, just tell me. "
She ran fingers along the sill. They were long, slender, curving beauties that had climbed trees with him, and been laced with his a thousand times.
He had an urge to make it a thousand and one.
"Good night, Hassan," Edy said.
She looked up at him with puffy eyes and closed the window between them.
"Night, Cake." He whispered it to darkness.