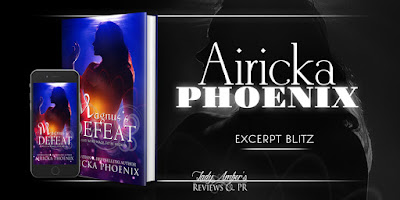 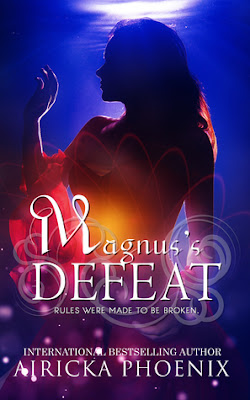 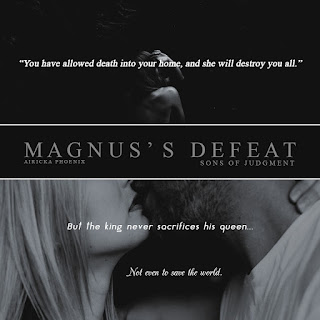 The diner was nearly empty of both his family and patrons. The latter wouldn’t be arriving until later in the evening, but Liam was there with Kyaerin at a nearby table. He had his mug of coffee and the morning paper. She was sipping daintily at a cup of tea.
Beyond them, half reclined on her side across the stage in the corner, was Zara. Her hair spilled in a long, white sheet down the steps. The strands gleamed where the ends brushed up against a patch of sunlight, a silky network of silver and gold merging together. It amazed him how long it was, how thick it seemed, and yet, he knew from experience how impossibly light it actually was, how incredibly soft. It compelled his hands to touch, to sink into and twist. It was crazy how white hot the urge was, how potent.
But it was nothing to the heat, the slow, taunting ripple working up through him in an unstable simmer. It crackled and coiled along his nerves, igniting flames in his veins.
He wanted her. His body wanted her. Refusing that fact was such an undeniable sin, even if he was the only one who knew.
She shifted. A subtle movement he never would have noticed if he hadn’t been watching her so intently. Or, maybe, he noticed because it drew apart the slit in her skirt.
The folds and miles of fabric splayed beneath her like wings, but up until that moment, there was only a glimpse of an ankle. It peeked out, a small, helpless appendage exposed to the world. It was the one with the markings, the winding design twisting up the perfect length of leg. The pattern made his fingers itch to follow, to trace upward until he’d reached the V above her hip.
She reminded him of a Playboy centerfold. It did nothing to taper the urge to turn her over right where she sat, push aside the strip of fabric concealing her, part her thighs, and go to town on her clit. It was maddening how badly he wanted the taste of her on his tongue.
“Stop it,” whispered her voice in his head.
Magnus blinked, startled to find himself frozen in place with his attention fixed on Zara with the focus of a wolf. Part of him wondered what he would have done if they’d been alone. Would he have followed his hunger to her? Would he have already had her on her back, knees wide around his shoulders, back arched? He could almost hear her gasping his name.
“Magnus.”
Yes, just like that.
“We are surrounded by your family … and children.” 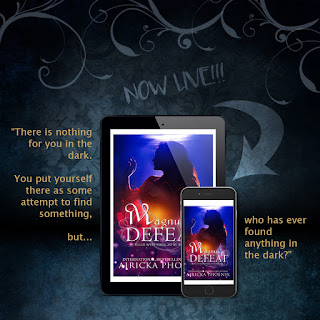