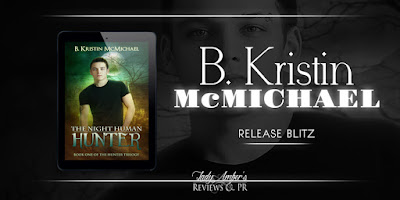 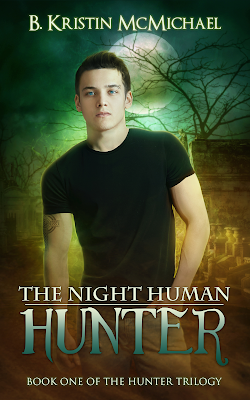 Blurb:
As the son of a single mother (who also happens to be a legendary night human hunter), Jax has only ever known a lifestyle of combating the things that go bump in the night. As he comes to realize that there will never be a place for him in the matriarchal world of the hunters, Jax decides it’s time to step out from under his mother’s shadow and discover his own past. His plans involve seeking out his long-lost father, the source of an inheritance that his mother had kept hidden from him his whole life. His quest for answers only deepens the mystery, and reveals a life that was unimaginable. Now, Jax must decide where the future will lead. 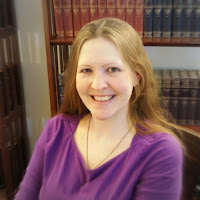 Jax dropped low to the ground, and army-crawled from the beam he was standing behind to a stack of construction supplies approximately ten feet in front of him. He would need a better position to take down the bird if Jade got stuck. He wouldn’t want to miss his shot and hit his sister. Jax was hidden much better than Jade had been, as he was dressed all in black from his head to toe. Even with his black hair, the only visible part of him was his face, which he kept toward the ground while he crawled.
As he made it to the pile, he slowly moved to a kneeling position behind the lumber to see how much the fight had changed in the few moments it took to crawl. Surprisingly, not much. The harpy was still dripping blood as she circled away from Jade. Jade was slowly moving in step with the bird while keeping just out of the reach of the bird’s clawed arms as she assessed the situation.
The girls continued to circle each other, but neither moved closer. The bird seemed to sense that Jade was more of a threat than she appeared. Jax could almost smile at that. Most people underestimated him and his sister, but being raised by one of the best night human hunters out there had its perks. Jax leveled his gun in front of him. Jade had a time limit because the rest of the team was hitting the nest soon to reduce the number of harpies. They had already picked a successor that was willing to keep to the rules. Without the leader at the nest, the team would have no trouble eliminating the rest of the harpies.
Jax had the shot and waited for his sister’s approval before a hand came up beside him and pulled it down.
‘This is her fight,’ Rommy mouthed to him. They were too close to speak now as the bird would know their position if they did.
Jax glared at Rommy. Jade was his sister and the only family he cared about. There was no way he was going to let her be skewered by a bird to prove that she wasn’t ready to be a full-time hunter. Rommy and he both knew Jade was more than ready to join the hunters as a full-fledged member, but there was always the possibility for even the best hunter to be taken down by an unpredictable night human … especially one that knew it was her death if she lost.