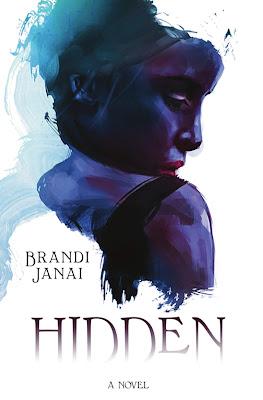 Blurb:
CAN A SELF-HELP AUTHOR HELP HERSELF?

An authority figure, Mrs. Dinah Bradley is a tell-it-like-it-is therapist turned self-help author. Her provocative book teaches women how to rediscover the love within. But what lies within Dinah are nightmares and faulty memories.

Dinah chooses to focus on her promising career instead of listening to the little voice telling her something is wrong. Triggered by secret recordings and a stalker threatening to expose her, she is forced to confront the past. 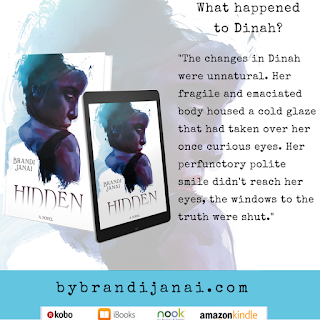 Brandi Janai has bachelor’s degree in sociology from California State University, San Bernardino (where she joined Zeta Phi Beta, Sorority, Inc.), and she earned a master’s degree in social work from Clark Atlanta University. She is a charter member and secretary for the Women’s National Book Association – Atlanta Chapter.

She has a slate of books pending: I Am Sin, Sometimes It’s Love, and Jodeco Road. From book to screen is the ultimate goal — Brandi Janai intends to adapt each book into a movie. Additionally, she has two television pilots ready for development: Divorce Me and Hope’s Journey. She has also written webisodes for an Atlanta based web series. 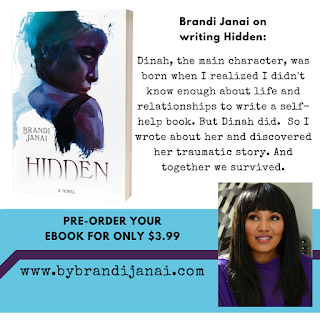 Faint smile lines appear at the corners of Dinah’s eyes as she walks toward her car.
You did good, girl.
She laughs out loud. Her hand flies up, suppressing her pleasure while surveying the poorly lit campus for intrusive eyes. The cold autumn evening wind blows her black curls into her face. She shields herself from the brunt of the chill and buries her nose in a beige pashmina. Brisk, long strides carry her across the parking lot.
She pulls out her cell phone. Rolling her eyes, she deletes three unread text messages and two voicemails from her husband, Gerald. Her gait slows when she notices a cracked headlight and dent on the front passenger side of her car.
“You have got to be kidding me,” says Dinah, squatting to get a better look. She takes pictures of the damage with her cell phone and forwards them to her best friend, Shawna. Immediately, Dinah’s phone rings.
“Hey, Sis.”
“What happened? Are you okay?” asks Shawna.
“Yeah, leaving another book club meeting and I came out to that.”
“Are you in the car?”
“Yeah, I’m okay, really.”
“It could’ve been one of the girls you called a ho.”
“Again? I don’t call them hoes.”
“Keep telling yourself that lie. I’m serious; you can’t go around preaching to women about being men’s playground whores and not expect consequences. You know what you need? You need a stun gun.”
Friends since the fourth grade, Dinah and Shawna were known by everyone in school not as Dinah and Shawna but as one—DinahShawna. Partners-in-crime during hopscotch, double-dutch, and hide-and-go-get-it, they pooled their money to buy candy cigarettes and ice pops. Summers were spent sneaking into each other’s kitchens to make sugar sandwiches and Kool-Aid. During sleepovers, they slept at Shawna’s house in tents made of blankets where they shared secrets and tears. The simplicities of childhood and the trauma of drunken parents kept their friendship strong.
“You’re beyond ridiculous,” says Dinah. “I’m not in danger and no, no stun gun. It was a random hit-and-run idiot, it has nothing to do with my book.”
“Maybe not, but it’s possible. Going on these tours alone makes it easier for something to happen to you. Girl, folks are crazy. You need a stun gun.”
“Can’t do this with you right now. Are you still coming to our family dinner?” Dinah asks, pulling out of the parking lot.
“You mean Thanksgiving?”
“No, I said family dinner.”
“Why are you asking me this again?”
“Yes? No?”
Shawna is a stickler when it comes to managing her three salons; the constant reminders of events, even holidays, irritates the hell out of Dinah.
“You do this all the time,” complains Shawna. “Even though I don’t want to, you know good and damn well I’ll be there. Are you sticking to the no football rule?”
“Yep.”
“That’s so dumb. How’s Gerald? I haven’t seen him in a while.”
“He’s okay, a little stressed about work; he’s still under a semester-to-semester contract. Since I’m now a full-time author, he wants something more financially secure.”
“When the money is funny so is the dick. Take care of him. I should flirt with him, take off some of the pressure.”
“Why do you mess with him like that? He doesn’t pay you any attention, but it drives J crazy. You’re bringing J, right?”
“Yes, we’ll be there. Where are you?”
“On I-20.”
“What did you wear tonight? Did you put any curls in your tired hair like I told you to do? Got on a pop of color? You’re too cute for old ass navy, beige, and black.”
Examining her navy pantsuit, she presses harder on the gas pedal with her black pumps. The silence tells Shawna everything.
“Dee! I sent you pictures, labeling everything down to the damn shapewear.”
“Navy is my color. It’s professional, it makes my champagne shell pop and—”
“Champagne? Girl, who are you tryin’ to fool? That shit is beige. Anyway, how did this ho tour turn out?”
“They’re not ho tours. They’re speaking engagements, and it went well, thank you. But those young ladies,” Dinah shakes her head, “They struggled with reality, but I converted a few.”
“Your truth ain’t always the truth.”
“You asshole!” screams Dinah.
A battle of the horns blares through Shawna’s phone. “Dee, you okay? What happened?”
“This wide ass SUV almost hit me. Damn. Whew. I’m okay, I’m okay.” Deep breaths ensue.
“You sure?”
“Yeah, a little rattled, but I’m fine.”
“Did you see who it was?”
“No. The windows were black. No way that tint’s legal. And they had the nerve to honk at me.”
“Another ho. I’m tellin’ you, you need a stun gun.”
“I don’t need a stun gun.”
“You need a stun gun.”
“Shawna!”
“I’m getting you a stun gun.”
“Goodbye, Sis,” says Dinah.
“Unless you made it ho—”
“I made it home, and I’m going inside to wrap my arms around my husband.”
“I’m being a friend.”
“I know, and I love you for it.”
“I’m getting you a stun gun.” Shawna hangs up before Dinah can object.
Safely home, she chuckles as she pulls the key out of the ignition. Outside of the lowering garage door, an all-black SUV parks, low-beam headlights reflecting off the steel handles.

***
The door leading into the mudroom cracks opens. Standing in the doorway is her husband with her favorite red slippers in his hand. Mindful of the car damage, she hops out.
Aren’t you tired of hiding things?
So tired.
“Honey, you’re home,” says Gerald, smiling.
“And how great it is to come home to you.”
“To me or the slippers?”
“You. It’s always you.”
His arm wraps around the small of her back, drawing her near. They slow dance their way through the kitchen and into the den. She rests against him. Etta James plays in the background, gifting Dinah a reprieve from strangulating thoughts. Her smile broadens and her body eases with the music. “That’s my song.”
“I know. ‘A Sunday Kind of Love.’ You’re my kind of love.”
“You spoil me.”
“Because you’re worthy.” Still holding the slippers, he spins her out and draws her back in with a kiss to her forehead. “Take a seat.”
Gerald kneels to take off her shoes, replacing them with slippers. She wiggles her toes against the faux-fur lining.
“I texted and called you,” he says.
“Can’t answer if I’m speaking.”
“And after?”
“Shawna called.”
“Shawna?” Gerald sighs. “I worry about you in this weather and being out there alone. You need to check-in with me. Why do you keep making this hard?”
Dismissive of his question, she closes her eyes and rubs her neck.
Trapped. Everywhere I go.
“Shawna doesn’t protect you. I do. Look at me.” He grabs her chin, “Look at me. We had an agreement.”
“I’m sorry. I should’ve answered. It won’t happen again.”
“Thank you.” He goes into the kitchen.
Is the husband protecting you?
I hope he doesn’t see the dent in the car.
Gerald returns with ginger orange almond biscotti and a marbled brown ceramic mug filled with black coffee for her.
“I appreciate you.”
A subject. Not a wife. He studies her disposition. “How do you feel? Are you relaxed or wound up? What did you eat? Sometimes you forget to eat, did you eat today?”
“How long are you gonna do this?”
“Do what?”
“Every time I come home, you ask the same questions. Worded differently, but still the same questions.” She puts down the coffee mug. “What are you trying to get at?”
“I just wanna take care of my wife.” He leans back and places her legs on his lap. “How did the girls behave on the playground tonight?”
“It was an interesting night with one of the better groups. A healthy mix of believers and dissenters, and that always makes for a lively debate.”
Gerald snickers.
“What?”
“Did you really have to name your book His Playground Whore?”
“Not again!” She attempts to throw a pillow at him, but he is faster and catches her arm before the release.
“Come closer, I wanna play.”
“Oh yeah?”
Your book has him randy tonight.
Don’t make fun of my husband.
“Yeah,” he says. “I wanna play. Pretend I’m a seesaw.”
She laughs and climbs on top of him.
“Now give me the ride of my life.”