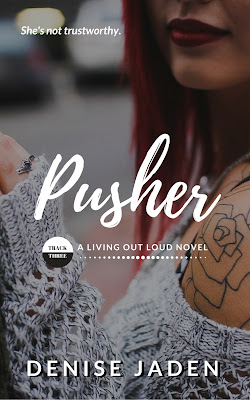 Kass returns from touring with Eli’s band willing to do whatever it takes to repay the band for her mistakes, even if it means playing with the lines of legality. Soon enough it will all be over. Kass can repay the band and move back home, where she’ll stay at Eli’s side and finally push herself to open up to someone.

That is, as long as her illegal cohorts keep their end of the bargain and Eli doesn’t find out. 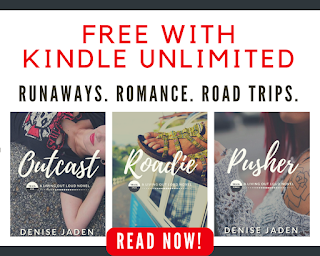 I try to hold myself steady from the rumbling and bouncing of the van. My phone is officially dead, but I keep clicking on it, hoping for a little light to see where I am, and if anyone’s locked up in this cargo box with me. I don’t hear anyone, nothing besides the rumble of the engine, the bumps of the pavement underneath us.

Us. Who are we, exactly? The buzzed-head blond from my apartment, is he up front? What about Hope? And what about Buzzed-head’s boss—Konner? Is he one of the dudes who shoved me into this van, or did I lose sight of my sister and get kidnapped for some unrelated reason?

Not that it matters who they are at this point. All that really matters is that they obviously think that locking me up in the back of a cargo van is going to quell me into submission. They obviously don’t know Kass Bateman.

And strangely enough, I’m not as scared as I maybe should be. I’m irritably comforted knowing there are people up front. Even if they may want to rape or kill me. So what if I don’t even know Buzzed-head’s name or if the thugs are with him? They’re all probably harmless. And at least I’m not alone.

Konner. That’s the one name I do know. From what I could surmise, Hope seemed pretty scared of the guy, whoever he is.

It smells musty and damp, and I keep telling myself it must be from past rainwater leaking in, and not from any kind of wet fur or moist breath. The van makes a hard left and I’m thrown sideways from my place between the wheel wells. It’s hard to retain my equilibrium without a shred of light, but at least the other side of the van I’ve just been thrown to seems equally empty, no dead bodies or rabid animals waiting for me.

I focus on how to deal with this Konner dude, if he’s the one who is at the end of this van ride of doom. I’ll pretend that, yeah, I know a thing or two about selling drugs. And, yeah, at this point I’ll do what it takes to earn some quick cash.

And then they’ll drive me home.

Except that doesn’t seem quite right, because why lock me in the back of a van to bring me somewhere that’s feeling like many miles away, only for a conversation?