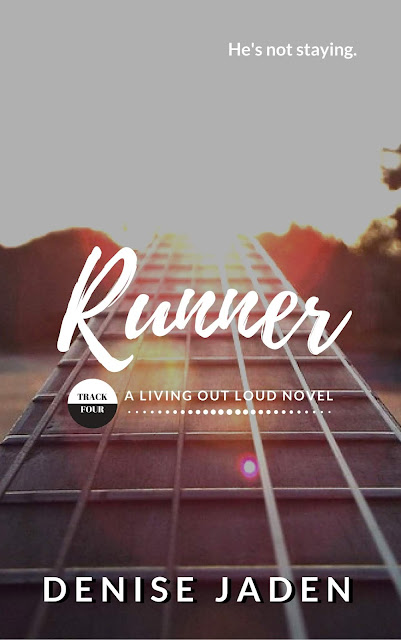 A broken trust, a new town, and a new girl. Eli’s moving on. Or is he?Runner features dangerous secrets, complicated romance, and unforgettable characters. Perfect for fans of Kasie West and Jordan Ford. You’ll love the latest installment in Denise Jaden’s Living Out Loud Series.

So much is going on in Runner, so much has happened. Both Eli and Kass have ran from one another for so long and are still fighting what everyone else see's. I really love Sabastian's character in this book, I feel like we see a new side of him, even if its not as much as what we've seen in previous books. I still hate Taylor and what she's done to Eli. However, I feel like she's brought Kass and Eli back to somewhere close to where they need to be. Both Eli and Kass are hurting, but so much is looking up for them. Denise Jaden has really outdone herself with this series, the world she has built with Eli and Kass. 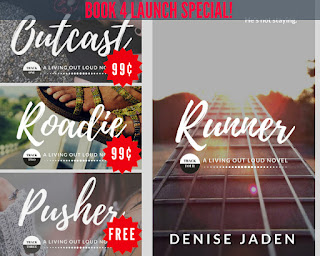 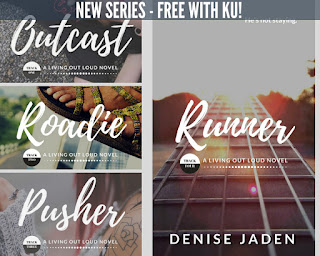