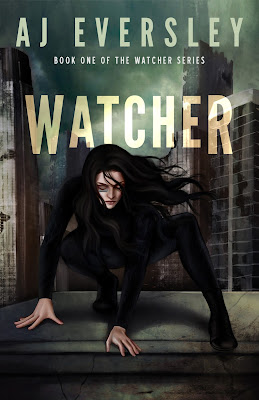 Blurb:
"I knew I was not alone. They would never leave until every last one of us was gone."
Sawyer Russo has sworn to protect humanity, and as a Watcher she's done just that. But the Bots and Carbons that took her city are evolving, and they start picking the Watchers off one by one. One last rescue mission will change everything. When someone betrays them, the line between friend and foe is no longer easily drawn. Sawyer made a vow, and she will fulfill it, even if it means ending the person who deceived them, no matter who it might be.
It all comes down to one choice...
Who can she save?
And who does she have to let go? 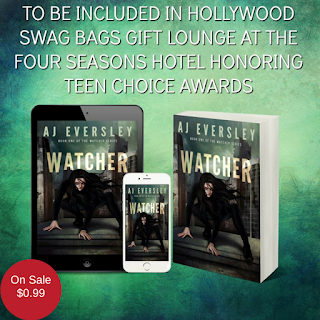 I knew I wasn’t alone. They’d never leave until every last one of us disappeared.

From the edge of a rooftop high above the boulevards below, I breathed in the cool, damp air as my eyes monitored the near empty streets. Whispers of rain threatened to erupt from the melancholy sky above, as if to echo the sentiment of this place. The ruined city, once a place I called home, was nothing more than a pile of rubble thanks to the Bots and Carbons roaming the streets. Buildings had been torn to pieces, leaving gaping holes in those that still stood, uninhabited but for a few survivors. It wasn’t a livable place, not the refuge I’d known ten years ago, but it was my reality. And as my eyes scanned the dark metropolis before me, I clung to the feeling of freedom before the burden took over me. The silent promises I had made and had yet to fulfill.

Quiet and cold as it always was, the darkness hung like the night even at the peak of daytime. Smog and cloud lingered over the city, leaving us in a constant state of gloom with the threat of rain hanging over us. The only light that shone in this dark city was Sub 9, the enemy’s headquarters. The lone building lit up in the distance as I stood bathed in darkness, hidden in the shadows. Darkness was my friend, my confidant, my ever constant reminder of who I was and my purpose here.