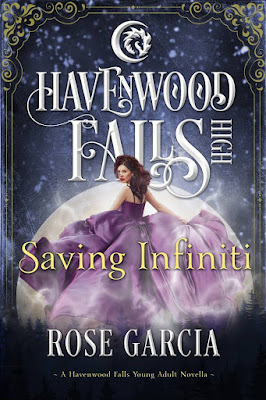 Blurb:
Infiniti Clausman is making the most of senior year. Throwing parties, pulling pranks, and breaking all the rules, she’s determined to graduate with a bang! But there’s one thing on her senior year bucket list she hasn’t been able to cross off yet—falling in love. In fact, she’s never even been kissed.

Infiniti hopes to change this when she travels from Houston to Colorado for the holiday break. Instead, she finds her world turned upside down when she discovers all things supernatural exist, time travel is real, and her very life is at stake. Suddenly, that kiss is the least of her worries.

Joe Greg will never forget the injured girl he and Kase Kasun found on the side of the mountain. It was 2012, and he was only twelve, but the image of the wreckage and his interaction with the girl has never left him. When he sees the girl again in 2018, she looks exactly the same. He figures out that she’s time-traveled to his present, with a reaper on her heels and a mystery to unravel. Drawn to protect her, he’s hell-bent on standing by her side. Even if it means his death. 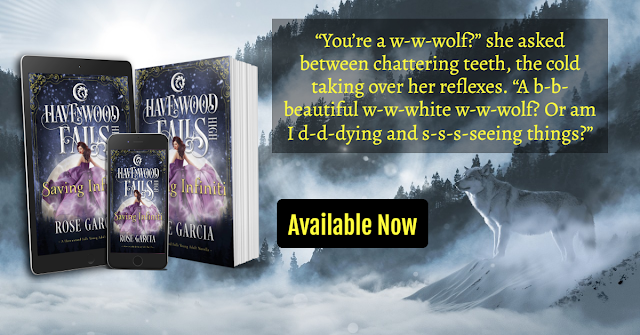 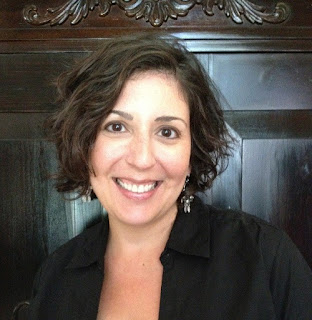 Rose Garcia is a lawyer turned writer who’s always been fascinated by science fiction and fantasy. From a very young age, she often had her nose buried in books about other-worlds, fantastical creatures, and life and death situations. More recently she’s been intrigued by a blend of science fiction and reality, and the idea that some supernatural events are, indeed, very real. Rose is known for bringing richly diverse characters to life as she draws from her own cultural experiences. Rose lives in Houston, Texas with her awesome husband and two amazing kids. You can visit Rose at www.rosegarciabooks.com. 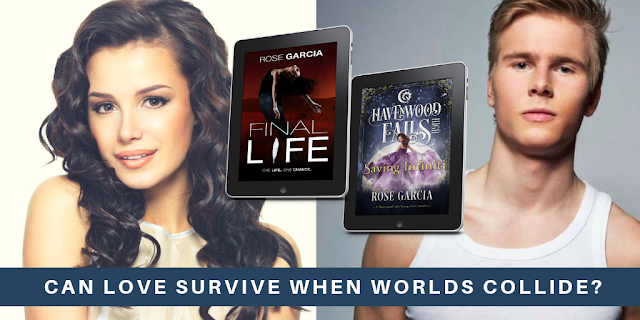 Her mind reeled at the pieces of her ordeal filtering back into her memory. Throbbing pain. Splattered blood. Shards of glass. The guy looking younger and transforming into a wolf. What the hell was happening?
“Who are you?” the guy whispered.
“I’m Infiniti. I’m from Houston. Who are you?”
“I’m Joe, and I’m from here. Havenwood Falls.”
“Havenwood Falls?”
“Yeah.” He leaned over the table. “The town close to where you crashed. You were transported to the medical center.” He moved in even closer. “You disappeared.”
She stared at him in disbelief. She pressed her back against the booth. It took her a minute to find her voice. “I what?”
“You vanished. We searched for you for days. Months even. With no leads, we had to give up.”
Her hands folded and unfolded on her lap. Her mind raced. “I crashed. I woke up, and I walked over here.”
“You woke up? As in, just now?”
“Yes.”
“Now now?”
“Yes. Like ten minutes ago now.”
His brows stitched together. He rubbed his chin. “So what happened to the last six years?”
Six years?
She examined his face. He most definitely looked six years older, but her car crash had happened that day. So that would be impossible. But then she thought of all the sci-fi movies she’d seen, and all her supernatural paraphernalia at home—her Ouija board, the spiritual cards her neighbor Jan had given her. She was a believer in all things unexplained, but had something otherworldly really happened to her? As in, for real?
Her hands trembled. She shivered. “It’s 2018?” 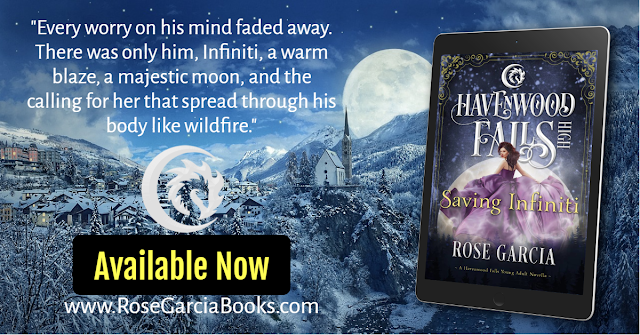