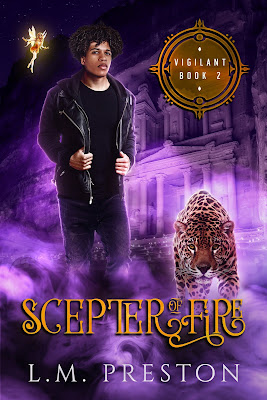 Blurb:
Dexter didn’t like being a pawn. It seems life was taking him there though. His father and he never saw eye to eye, but being captured and tortured for his father’s mistakes gave Dexter too much to think about. First, the girl he lost, he’d never forget what they did to her. It changed him, and made him see the small city his father moved him to for what is was, a prison for magicals, the damned, and now him. Too bad, the creator of the void didn’t realize they would be better off if they’d set him free, because now, he was fighting for his life, and someone he’d have to hide his feelings from to protect, not just from those that want to drag them back, but from him -a vigilant. 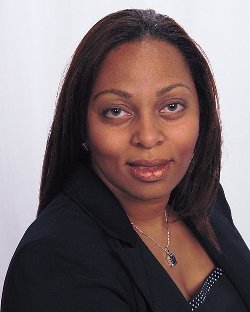 L.M. Preston, a native of Washington, DC. An avid reader, she loved to create poetry and short-stories as a young girl. She is an author, an engineer, a professor, a mother and a wife. Her passion for writing and helping others to see their potential through her stories and encouragement has been her life's greatest adventures. She loves to write while on the porch watching her kids play or when she is traveling, which is another passion that encouraged her writing.

“Do you want to escape here? I can help you.” Dex wanted out of this place.

Nash smiled, “Yes, but now is not the time. We have to wait for her to hatch. I need her for a successful escape. It’s why I implanted a song in the guard’s mind to put her with me.”

“You manipulated my friend Trey?” Dex wiped a hand down his face. This guy Nash was dangerous. Dex could feel it, only now, Dex felt it was time to stop trying to be the nice guy. He would survive. Finding a way to say his family would start with getting out of here, even if making a deal with this little devil would do it.

Nash lifted an eyebrow, “I hummed him a tune.”

“Whatever. You want my help getting out of here? I’m offering as long as we go our separate ways.”

“I will take your willing help.” Nash cocked his head to the side, “Although, if I wanted it, I could make you give it, you know.”

Dex crossed his arms over his chest, “Isn’t a free give better?”

“Oh, it is. What will you give me for helping you get free?”

Dex frowned, “Give you? I got nothing.”

“What are you? I like to know what kind of creature I’m bargaining with.” Dex didn’t want to give this imp anything.

“I am many things, yet in part, not a human like you.”

Dex caught a hint of regret in his tone. Dex could swear Nash had a hungry gleam in his eye. Trey had warned him that Nash was pied piper and Rumpelstiltskin. Dex knew the pied piper had something to do with music. He had no idea what a Rumpelstiltskin was, and he had a feeling he shouldn’t mention it to Nash.

“You need to tell me specifically what you want before I can agree to anything.”

One side of Nash’s lip kicked up. “Her. The pixie-human. Give me her.”

Dex frowned, then scratched his head. Why would Nash ask him to give up the pixie-human? The girl wasn’t his to give, he didn’t even know what it looked like.

Nash shrugged, “Then I won’t help either of you.”